You are here: Home Newsroom Features Iconic Innovations: The story of the 1000th Boots store in Galashiels

For this month’s ‘Iconic Innovations’ we’re looking at the 1000th Boots store to open, in Galashiels, Scotland. Opening in 1933, it symbolised a period of huge retail expansion which saw Boots become the largest retail chemist in the United Kingdom. 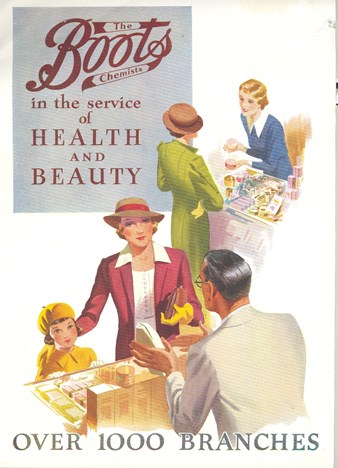 In the late 19th century, the disruptive business model championed by Jesse Boot of buying and selling enormous quantities of affordable medicines had been remarkably successful, and he was keen to capitalise on this by expanding his store network further. In 1890 there were just 11 Boots stores spread mainly across the East Midlands and South Yorkshire, but by 1900 following a 10-year period focused intensely on growth there were 181 stores spread between towns and cities ranging from Guernsey to Swansea and Manchester.

This expansion continued into the 20th century, and Boots began to move into new areas by not only opening new stores, but by also purchasing whole chains of chemists. In 1901, a deal was concluded to buy Day’s Southern Drug Company, which had 65 stores and 2 warehouses in and around London, and gave Boots its very first foothold in the capital. Even at this relatively early-stage, Boots could confidently claim that it was the largest chemist chain in the country.

In 1920, John Boot took over many of his father's responsibilities when he was appointed Vice-Chairman, and while the national landscape was considerably different following the First World War, he was equally enthusiastic about the growth of the Boots store network. In the early 1920s, Boots Estate Department was purchasing a shop almost every week, and this expansion in the number of stores continued throughout the period of John Boots leadership, culminating in the opening of Boots 1000th store during 1933 in Galashiels, Scotland. 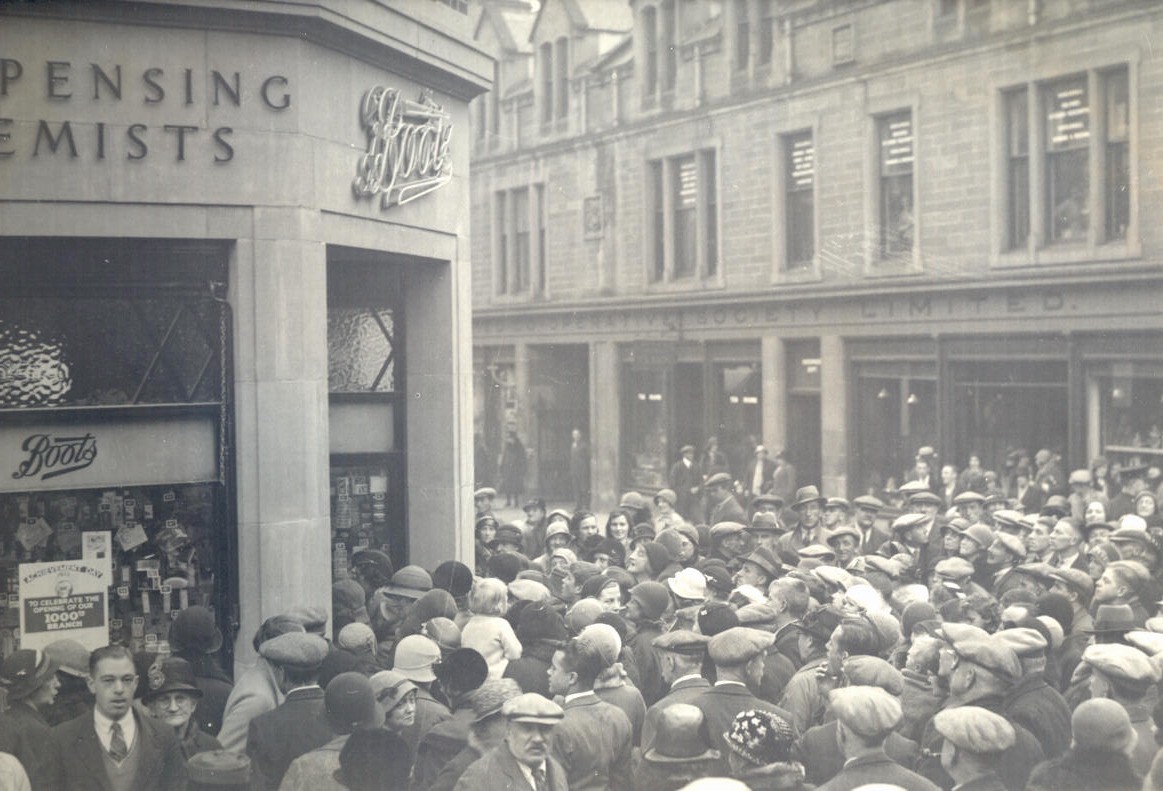 The Galashiels store was opened in typical Boots fashion and was reminiscent of some of the spectacular events that Jesse Boot used to create when he was opening his earliest stores, when some of his favoured tactics including employing brass bands and town criers to announce that Boots had arrived in town.

For Galashiels, a luncheon was held in the Savoy Hotel in London which was attended by over 150 guests, including both Florence and John Boot. Florence performed the opening ceremony by pressing an electric switch on the table in front of her, and the doors of the Galashiels store miraculously opened over 360 miles away in Scotland to allow a huge crowd of customers to enter. An audio link had been established between the two locations and the very first customer, Miss Cochrane, could be heard in London ordering a bottle of cod liver oil and malt, a bottle of aspirin and a bar of Lifebuoy soap. 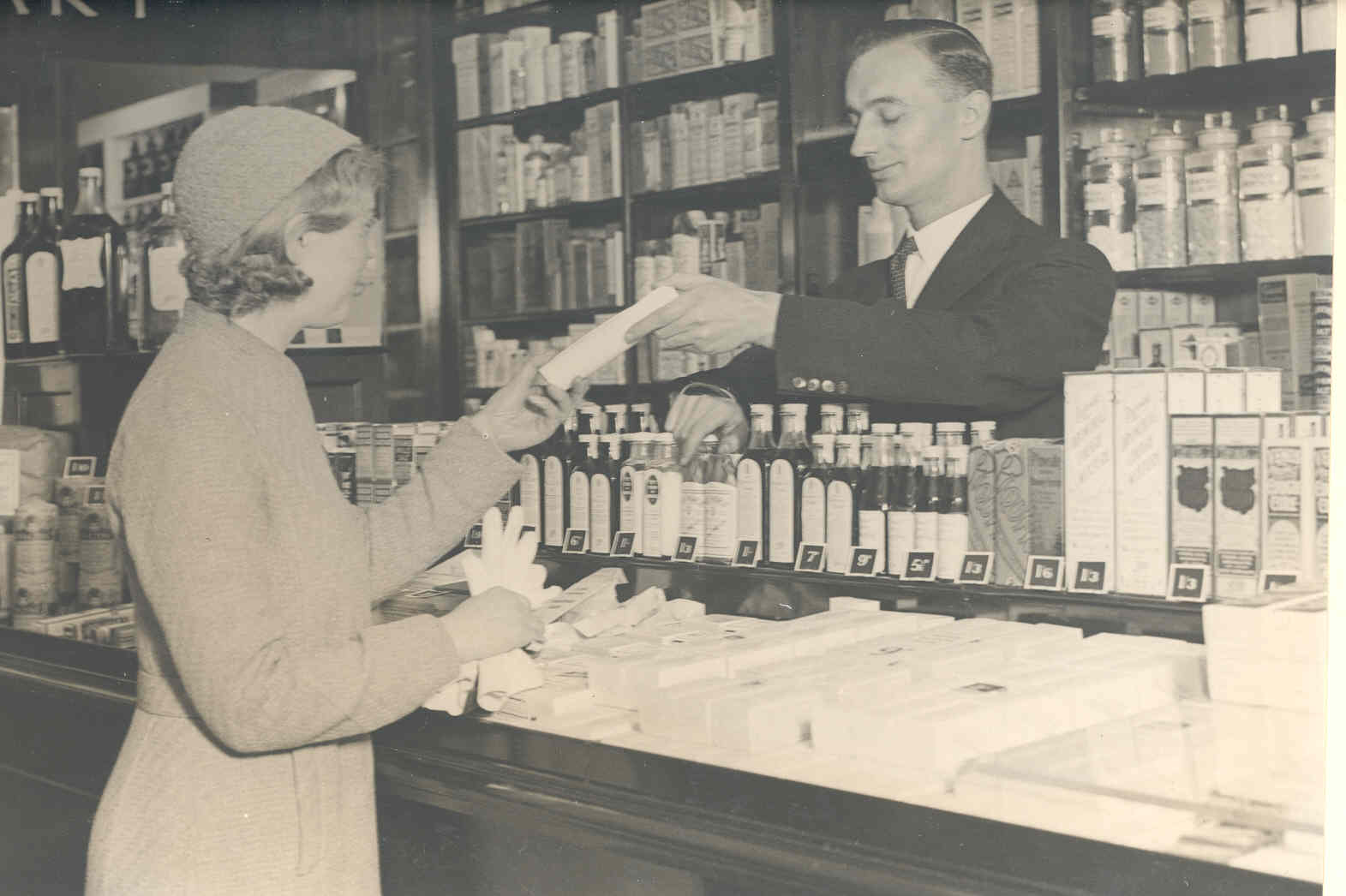 Order being placed at Galashiels store, 1933

It was fitting that Galashiels was chosen to be Boots 1000th store in that it wasn’t in a large city or was one of Boots flagship stores. For John Boot, profit was not always the main motive when opening a store, and whilst the ‘Wonder Stores’ in cities such as Manchester and Brighton were hugely profitable enterprises, John Boot insisted that stores should be opened in more rural and remote locations to ensure customers could receive the same Boots service almost anywhere across the United Kingdom.

In his speech delivered at the Savoy he made his goals for expansion clear when he claimed that “The growth of Boots seems to me to offer a happy illustration of this modern development. A business which employs 17,000 workers and serves 130 million customers a year is something far more than a mere dividend-earning concern. The main motive that inspired my father was to bring the best drugs and medicines within the reach of the mass of the people.” 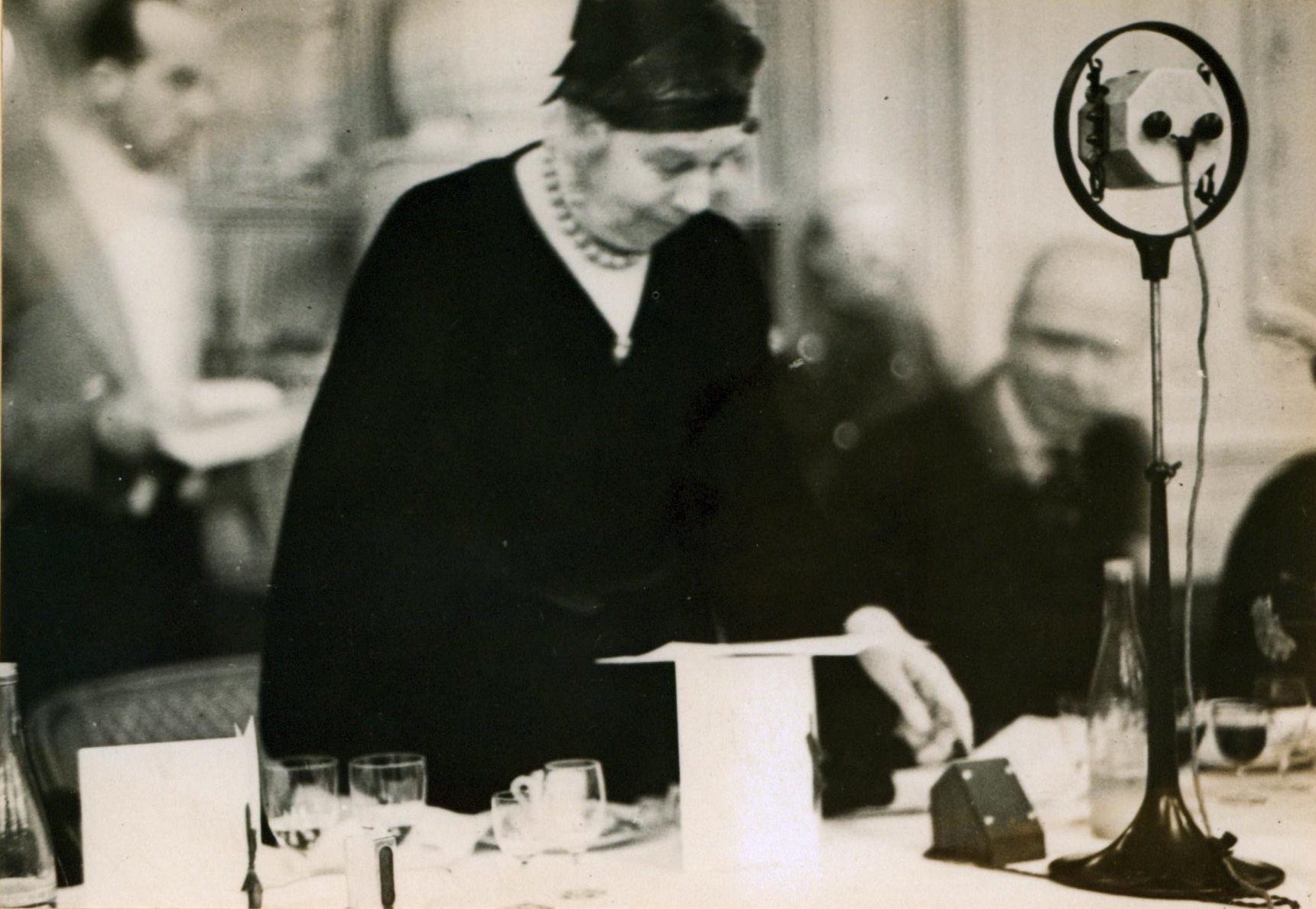 Florence Boot opening the Galashiels store from the Savoy Hotel, 1933

During his time in charge, John Boot oversaw the opening of almost 700 new Boots stores across the United Kingdom, alongside new factories, warehouses, research laboratories, farms and overseas companies. Galashiels is symbolic in that it was Boots 1000th store but it was just one of hundreds that were opened to provide the nation with more affordable, better and easier access to healthcare.

Today, our store in Galashiels is located at the Gala Retail Park and is one of over 2,200 stores across the UK, ranging from local community pharmacies to large destination health and beauty stores.