You are here: Home Newsroom News Nottingham Kids Feel Good for the Summer

The summer holidays are upon us and sports, fun and healthy living are on the agenda as Feel Good Club Nottingham is launched.

This August, Boots UK and Nottingham Forest in the Community are kick-starting a brand new sports and healthy-living programme for children and families in Nottingham. The free club offers a jam-packed agenda full of high-quality and easy to access sports, fun and games helping to grow children’s confidence and self-esteem.

Alison Hands, Healthcare Proposition Director, and Chair of Trustees at the Boots Charitable Trust, comments: “Encouraging children from an early age to be more physically active is so important not only for their general health and wellbeing, but also in building confidence and resilience. Boots has been supporting the community in Nottingham for over 165 years, and through the Boots Charitable Trust, we have funded important causes and charities since the 1970s. Through our new Healthcare Innovation Award and the Feel Good Club Nottingham we hope to make a real difference to the health of local children and their families.” 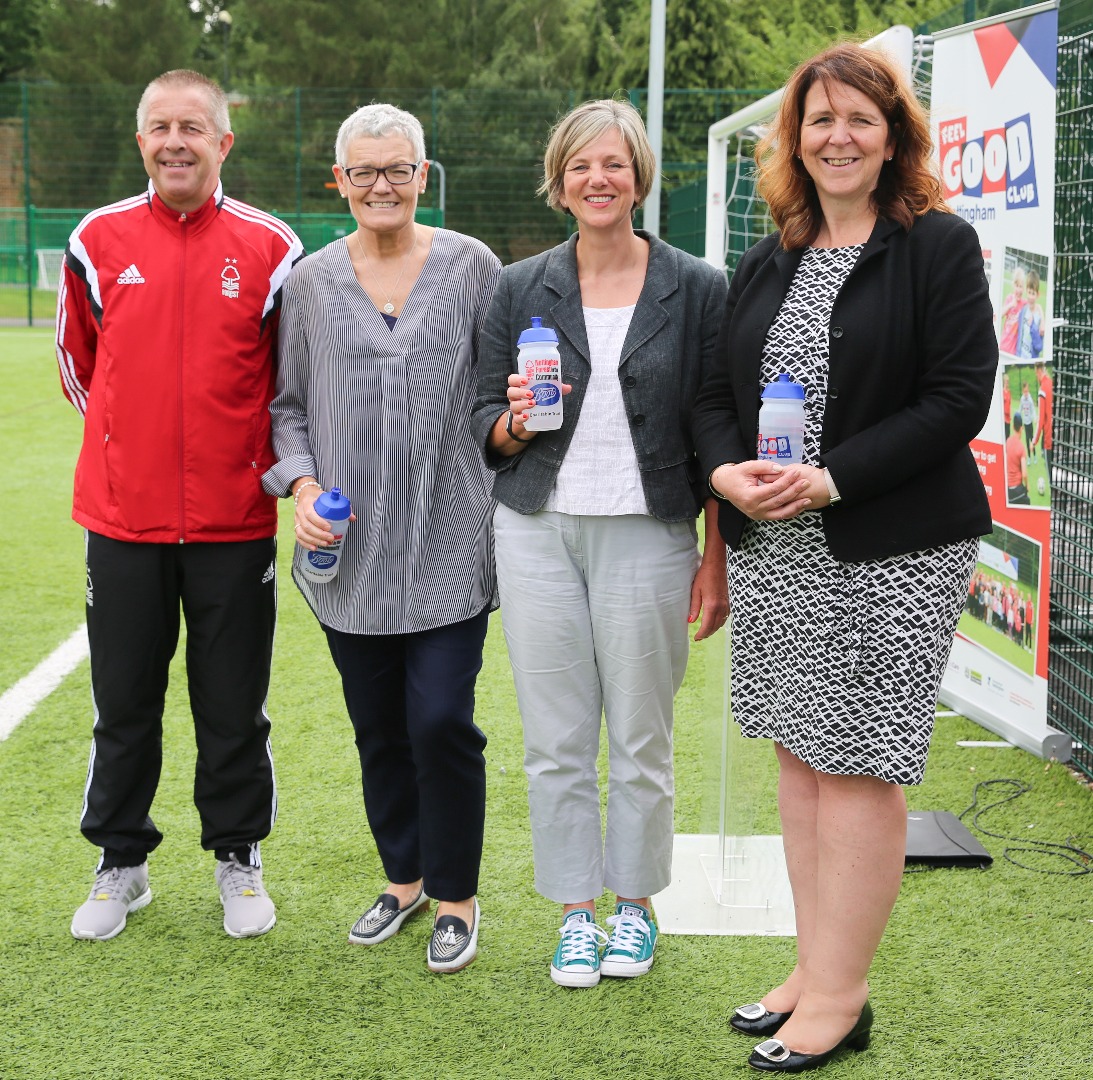 The programme runs for four days every week throughout the month of August and each day around 50 people including children and their families will spend time with professional sports coaches, Boots Community Pharmacists, Optometrists, No7 Beauty Advisers and volunteers. The children will also take part in specially designed activities which are not only high energy, but also fun and inclusive. Each session consists of three thirty minute blocks of intensive activities built around hand-eye co-ordination, striking skills and cardio based games. These sessions are broken up by healthy snack breaks where the children get an opportunity to cool down and socialise with their peers, siblings and parents. 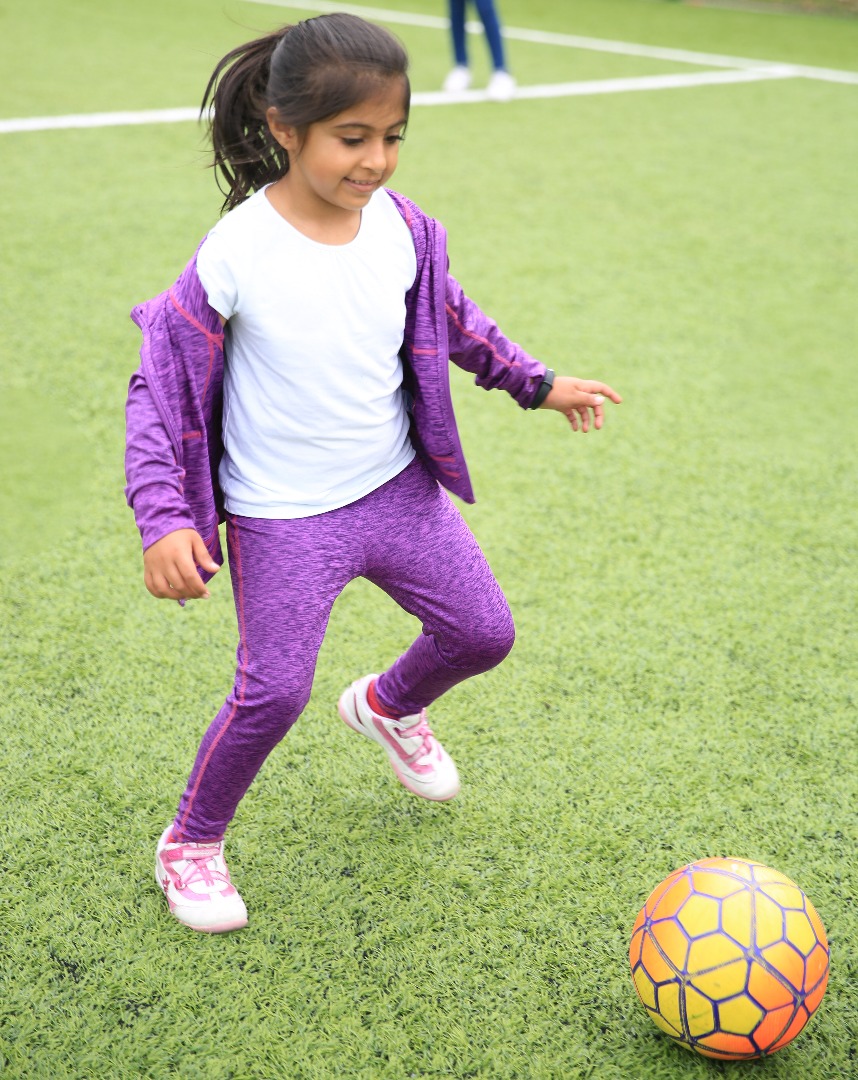 Lilian Greenwood MP for Nottingham South, comments: “I was delighted to visit the Feel Good Club at Forest Recreation Ground. Boots UK and Nottingham Forest in the Community are doing a fantastic job at getting children into sport and providing fun activities during the summer holidays”

The programme was piloted earlier this year with around 20 young people who live in Nottingham City Centre. Graham Moran, Chief Executive of Nottingham Forest in the Community, comments: “The pilot has shown that young people who aren’t currently accessing sports or information on healthy lifestyle choices do want to get fit and eat right. The project’s about creating innovative ways to get families active to help improve their health and wellbeing. We’ve mixed science and technology with games that focus on diet and exercise. Through the programme we hope to make sports and physical activity fun for those who may not have had a chance to get involved before, and help make a change in healthy living for these children, fun.”

Paul Whitworth, Education Manager at Nottingham Forest in the Community, has designed the programme using the latest theories around sports science, diet and exercise. Paul, adds: “The programme has been designed to support families beyond this summer. So the games we play, the food they eat and the advice and tips they get can be used by them in their everyday lives.” 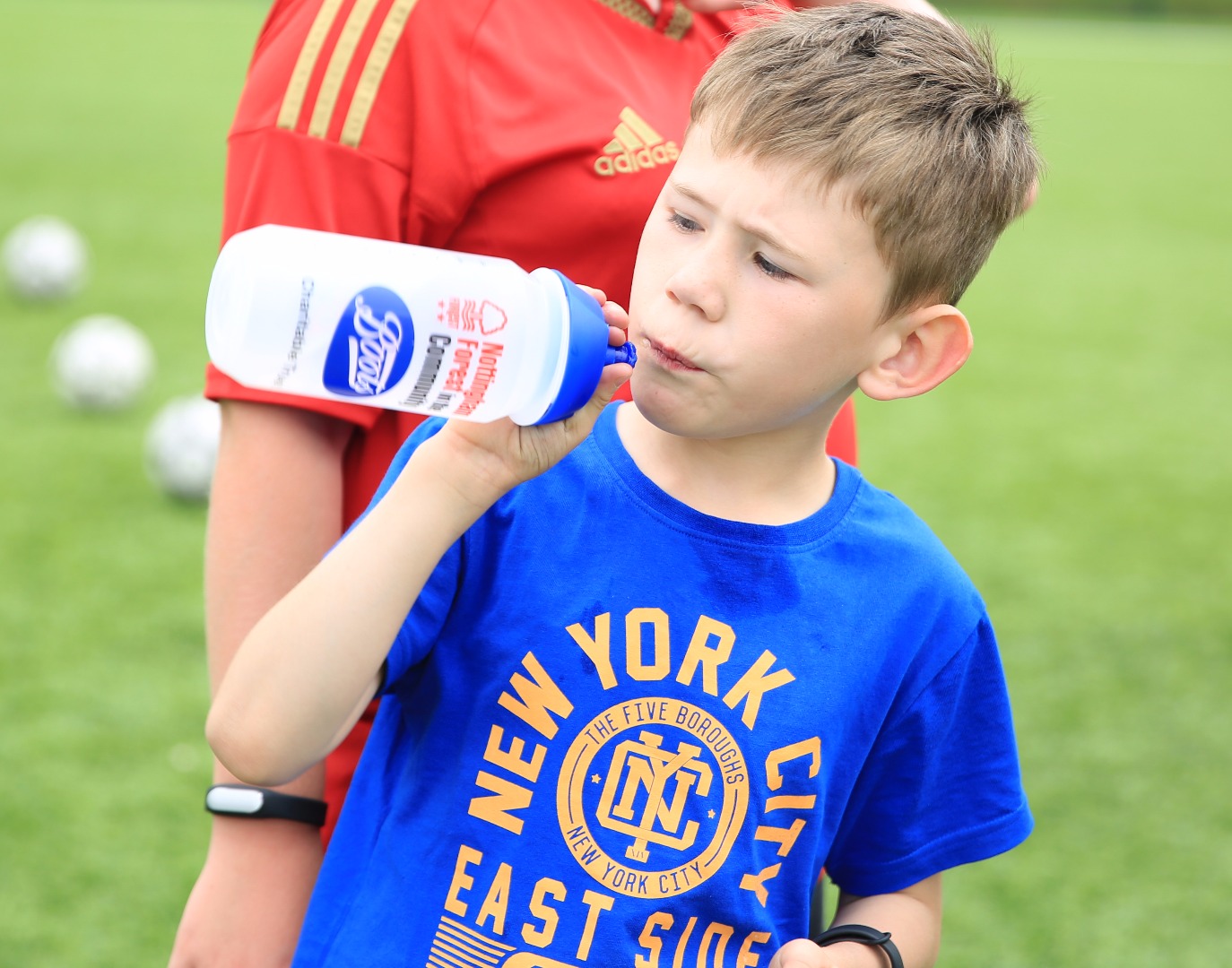 Feel Good Club Nottingham has also partnered with Boost, an organisation which harnesses the power of technology and data to encourage young people to be more active. Throughout the programme, participants will wear a ‘Boost Band’ pedometer to track the number of steps and distance they travel. The children will then earn stickers and rewards according to their efforts to exercise and for healthy choices. In addition, parents will receive a text message each day with how active their child has been.

Similar bands were used during the programme’s pilot, and by the second day, the children were running around and trying to get extra steps to beat the previous day’s total. At the end of the pilot, the children had walked and ran over 252,000 steps, or 143km, which is around the same as walking from The Forest Sports Zone to Skegness pier. 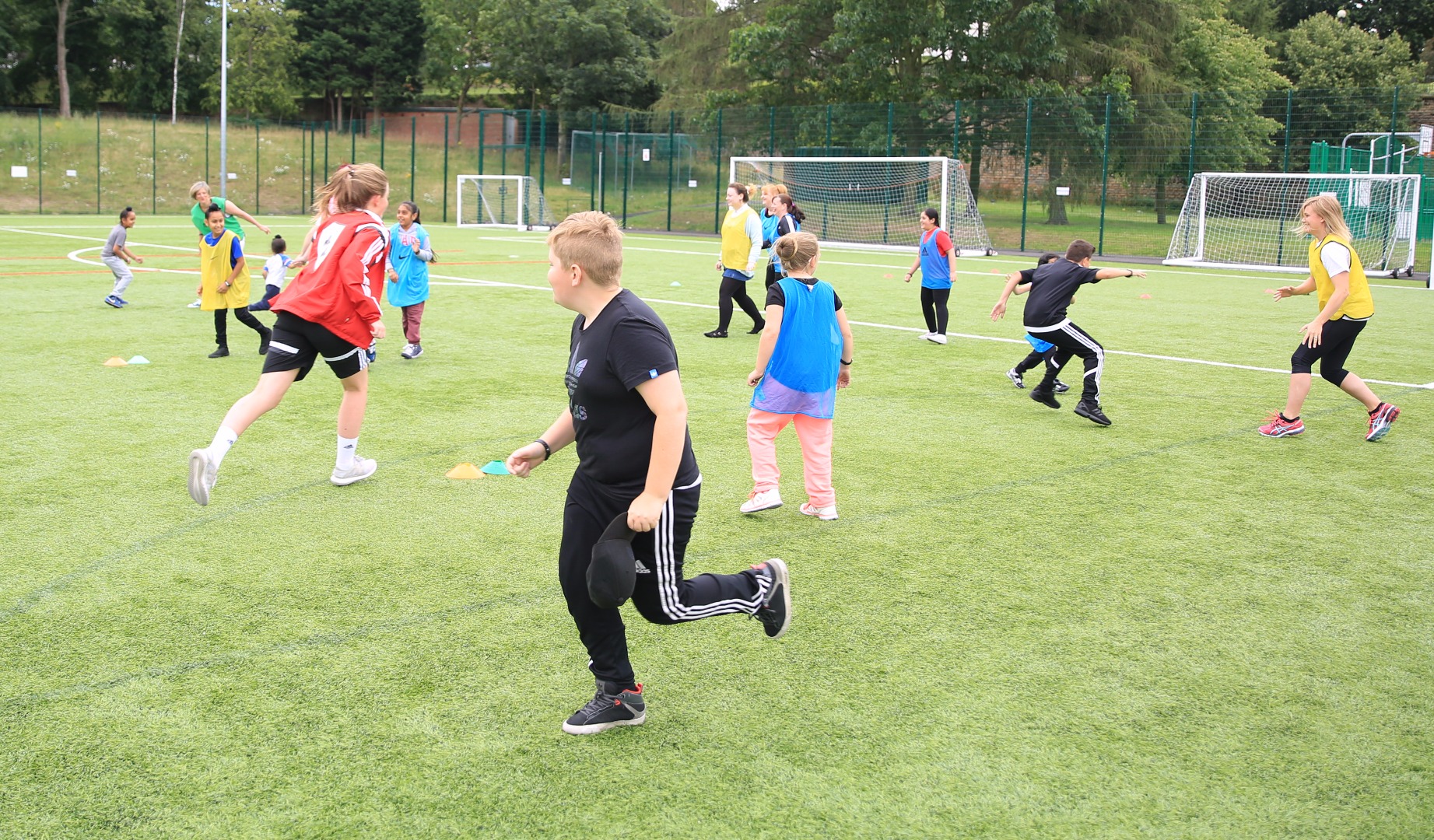 For Ghazala this meant her daughter, Imaan, was focused to do more physical activity throughout the holidays. She comments: “My daughter hates sport but this has been really good and the Boost band motivated her more. She’s been running around, having fun and getting healthy.”

Feel Good Club Nottingham is funded by the brand new Healthcare Innovation Award from the Boots Charitable Trust, and Boots UK and Nottingham Forest in the Community will be running the scheme in collaboration with Nottingham City Care, Nottingham City Council and the University of Nottingham.

Boots Charitable Trust is an independent registered charity in the UK, which is wholly funded by Boots UK.

Established in the early 1970s, to date the Trust has donated over £10 million to fund registered charities and voluntary organisations which benefit people who live in Nottinghamshire.

Boots Charitable Trust also fund smaller voluntary organisations in Nottinghamshire whose income and expenditure is less than £5,000 per year and are therefore not required to register with the Charity Commission.

About Nottingham Forest in the Community

Nottingham Forest Football Club in the Community was launched as a Charity in October 2010. Nottingham Forest’s community outreach programmes have been operating since 1990 delivering football and multi-sport programmes in Nottingham and the County for 25 years. Working in partnership with major professional football bodies, including the Premier League, Football League, the Football League Trust and the Football Association along with key local, regional, and national partners, delivering positive outcomes in health, education, participation in sport and football development

Boost's mission is to help end childhood obesity by using the power of technology, data, behaviour change nudges and rewards to get young people to exercise more. Boost is delivering the technology platform for the Feel Good Club alongside an interactive sticker book to motivate and reward children to be more physically active.