Boots Store 6 in Victoria Centre, Nottingham is today celebrating its 50-year anniversary as a Boots flagship store. The store is marking the milestone with a display of archive images of Boots Victoria Centre throughout the years available for customers to view.

Store 6 in Nottingham is among some of the oldest Boots stores in the UK, opening in 1972 after moving from the original Nottingham Pelham Street site. More than 175 years on since Jesse Boot opened the first Boots store in Nottingham, Boots Victoria Centre continues Boots deep legacy in the area.

Sally Francis, Store Manager at Boots Victoria Centre, Nottingham said: “It is amazing that Boots Store 6 in Victoria Centre has reached the incredible milestone of 50 years supporting the community here in Nottingham. The store has had many new looks and refurbishments over the years and continues to offer the range and variety of services that our customers love, from health and beauty to pharmacy and hearingcare.

“The longevity of our Victoria Centre store is testament to Boots’ important place at the heart of the Nottingham, and we are very proud to be a great example of how Boots supports customer wellbeing for life.

"Boots Victoria centre has changed so much, and I'm delighted to have the privilege to lead the store through the future transformation plans. There is nothing more exciting than the introduction of new brands, offers or services to keep our customers and team members excited about coming to Boots."

In 50 years, the store has undergone three major refurbishments, the most recent in 2017, each time refreshing the store’s look and feel and adding exciting new departments and services to maintain Store 6’s state-of-the-art offering in health and beauty. 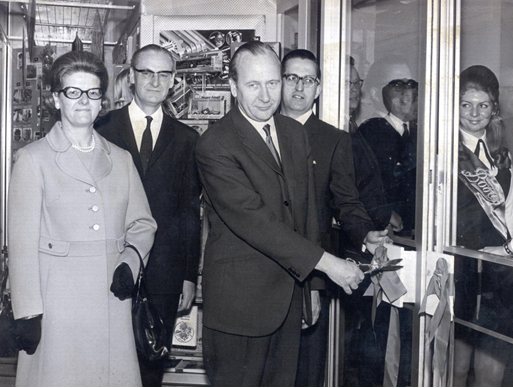 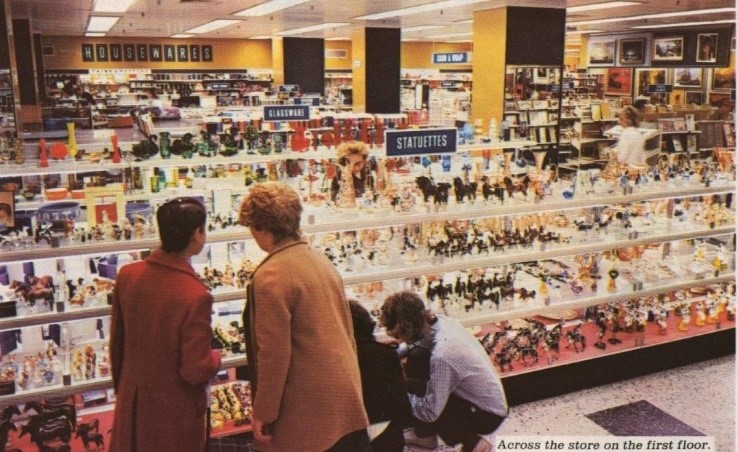 In 1983, Boots Store 6 saw the introduction of Cookware and Optometry for the first time. By 1987, it was ready for a new look with a large-scale refurbishment introducing a peach and blue colour scheme, high-speed checkouts and exciting new departments. 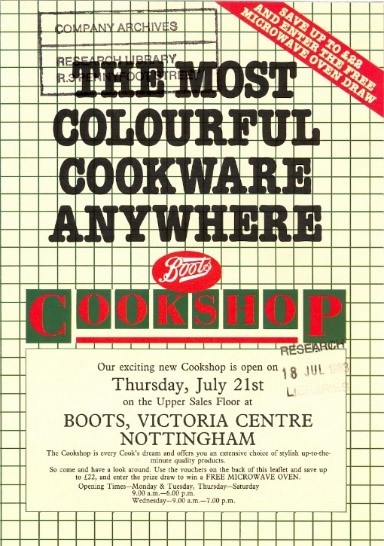 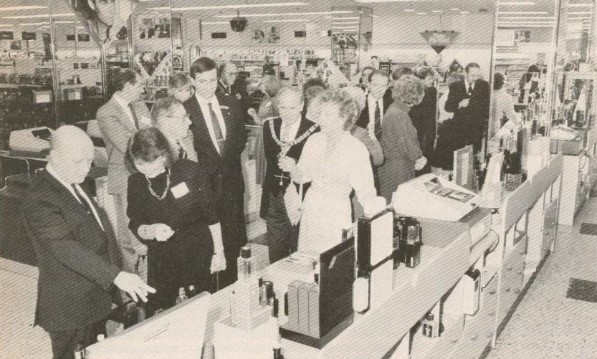 In 2002, a further update to the store look and feel was underway, with the new-look store ribbon cut by actress Vicki Hopps, who played Claire in the Boots TV adverts at the time. 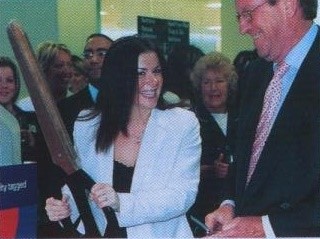 Fast forward to 2017, and the latest major refit for the store was completed, updating Boots signage, colours and transforming the store into a modern flagship offering for Boots as the UK's number one health and beauty brand. Today, the store's beauty and pharmacy offering continues to be transformed to support the needs of all Boots customers and patients. 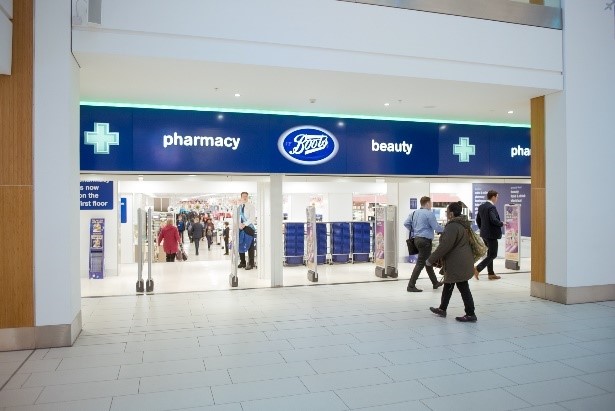 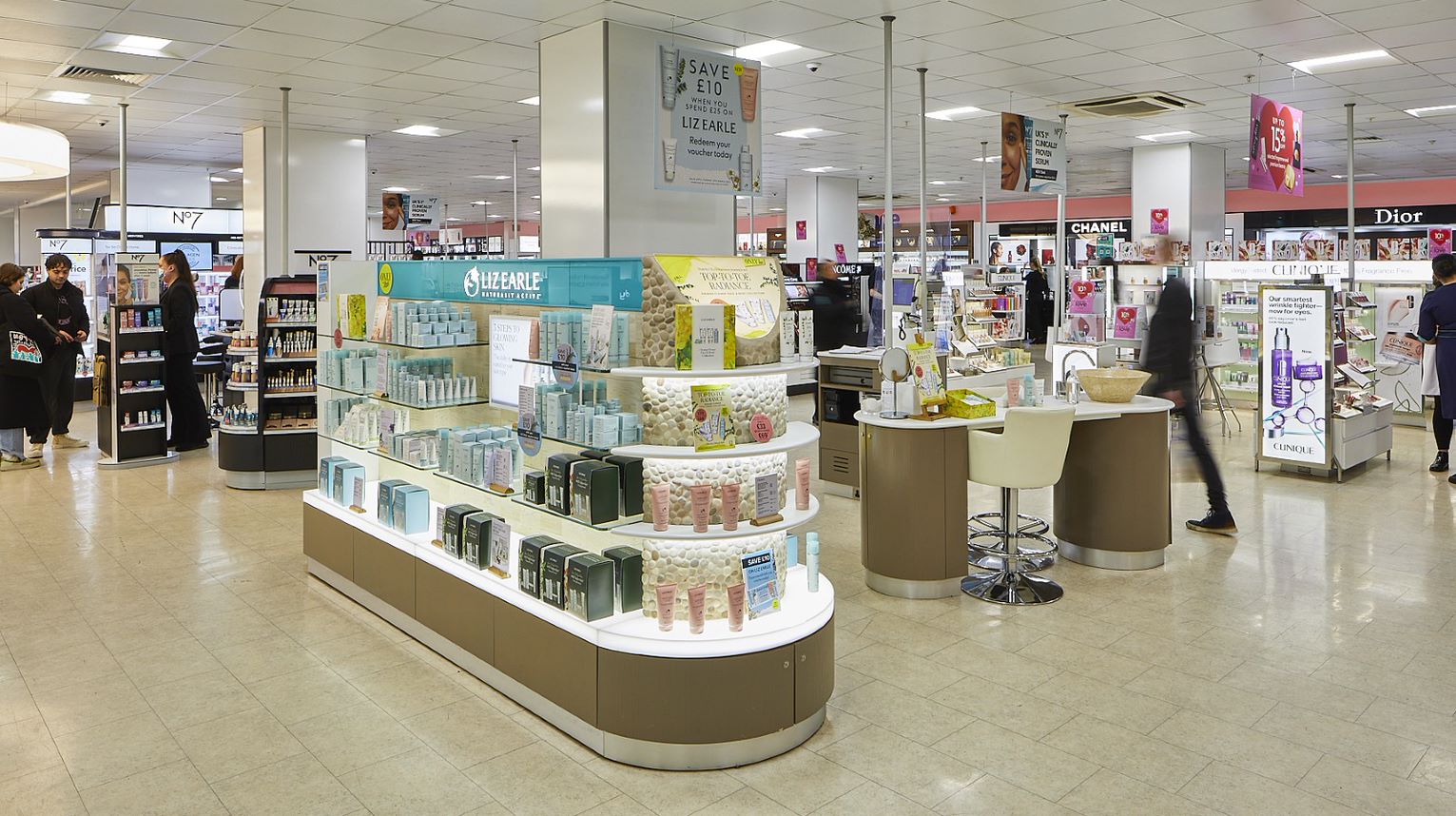 Even more offers launch at Boots for Black Friday weekend

Boots kick-starts its most affordable Christmas ever with over 18,000 deals this Black Friday