You are here: Home Newsroom Features UK’s most iconic Boots store gets a make-over

UK’s most iconic Boots store gets a make-over

Feature Brand
After many months working with customers, colleagues and its surrounding business community in the world-famous Piccadilly Circus location, Boots UK will officially open its revamped flagship store this week after citing it as its ‘most photographed store ever’.

Since the Piccadilly Circus store first opened almost 90 years ago in 1925, Boots UK has served a huge variety of customers, from the local community, to tourists from across the world travelling through  this vibrant area of the city.

Positioned amongst one of the world’s most famous advertising hoardings, the iconic Boots Piccadilly Circus store has inadvertently featured in the memories of thousands of tourists and immortalised in photographs spanning ten decades. The store’s fronting has also been featured in several movies and TV adverts.

John Howard, General Manager, Boots Piccadilly Circus, said: “We are thrilled to be a part of an exciting time of redevelopment within the heart of London, and officially open the doors of our newly refurbished and massively extended store – the most photographed Boots store in the UK. This entire refurbishment has been based on responding to the needs of our customers and shoppers in Piccadilly Circus, as we believe that we can really make a difference to the community. There are many innovative aspects of this store that I am very excited about, including the new extensive range of premium beauty and perfume brands, but also the first floor integrated healthcare area, the new digital customer experience in-store, and the exciting new services such as photo, Boots Order & Collect and many more, which I believe will help our customers who live in, work in or are visiting the area look and feel better than they ever thought possible.

“This iconic London location has such a rich history and heritage, and I am thrilled that we can contribute to its regeneration.”

The original Boots ‘Day and Night’ store which historically offered healthcare 24 hours a day when it first opened, Boots Piccadilly Circus has continued its focus on pharmacy with the expanded 12,000 sq ft store which continues to be open until 12 midnight daily*. It offers an array of healthcare services including medicine check-ups and usage reviews, flu vaccinations and advice for customers living with long-term conditions such as cancer, diabetes and asthma, as well as boasting brand new Boots Opticians and Boots Hearingcare centres.

The interior of the store has been completely redesigned to offer an impressive, modern beauty space spanning the entire ground floor, which is now dedicated to premium beauty and perfumes, housing new premium beauty brands including Chanel, Dior, Liz Earle, and YSL. The store also has beauty and luxury bathing products that are only available at Boots UK such as Soap & Glory, Champneys, Smashbox and Boots own brands such as No7 and SEVENTEEN.

Sarah Porter, Chief Executive, Heart of London Business Alliance, comments: “We are incredibly excited about the newly refurbished Boots store, which will have a hugely positive impact on the large number of visitors to the Piccadilly Circus area, as well as local employees and residents. The store will benefit from the extensive public realm improvement schemes which have significantly enhanced the development of the area. Piccadilly Circus is an area Heart of London Business Alliance have represented for over ten years and lies at the heart of the West End providing the key link between Leicester Square, Regent Street, Piccadilly and Regent Street St James’s. Boots UK has been a significant brand for the area positioned  beneath the globally recognised Piccadilly Lights for many years now and represents one of the most photographed and famous locations within the capital.”
ENDS

1925 – Boots store on Piccadilly Circus at its first opening 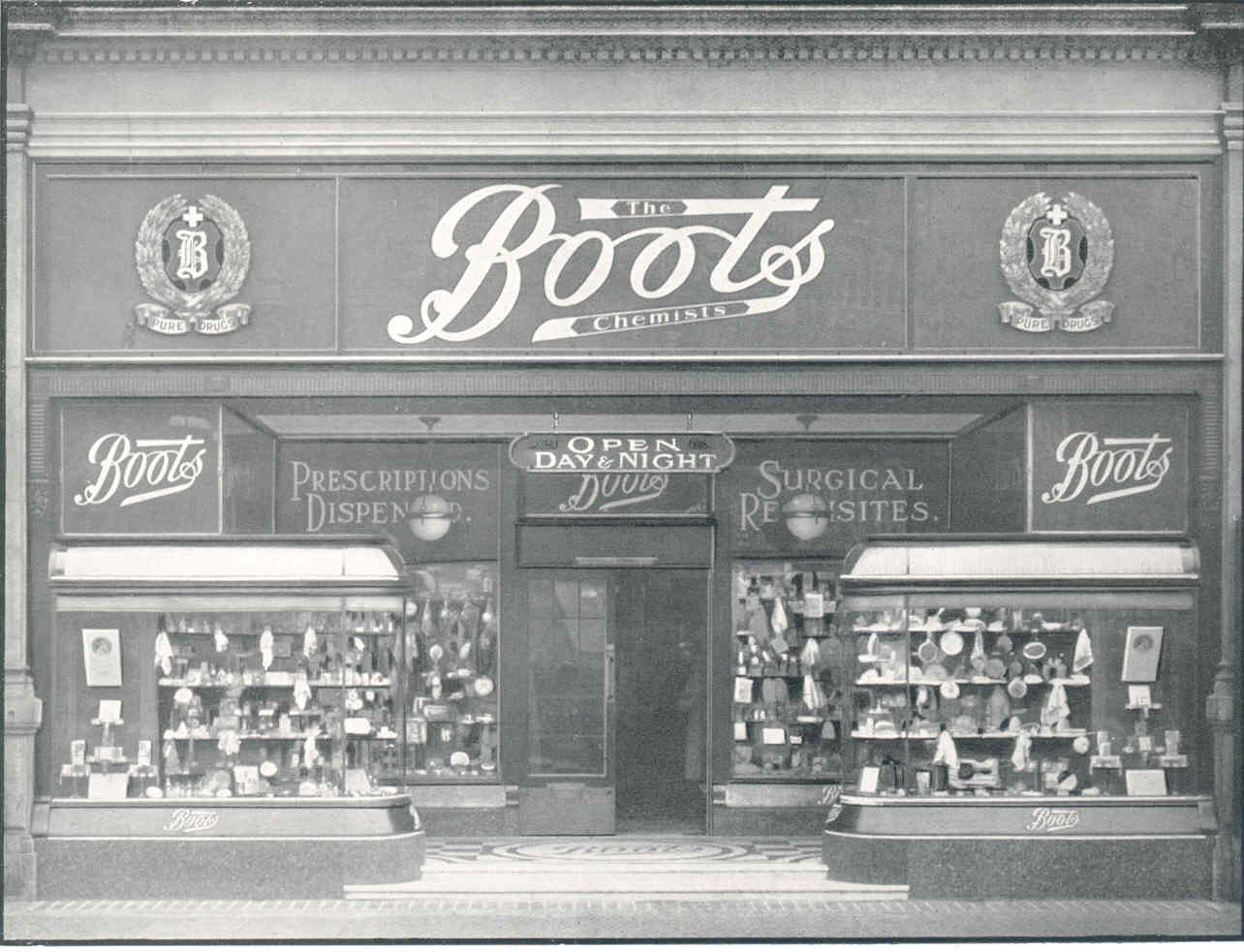 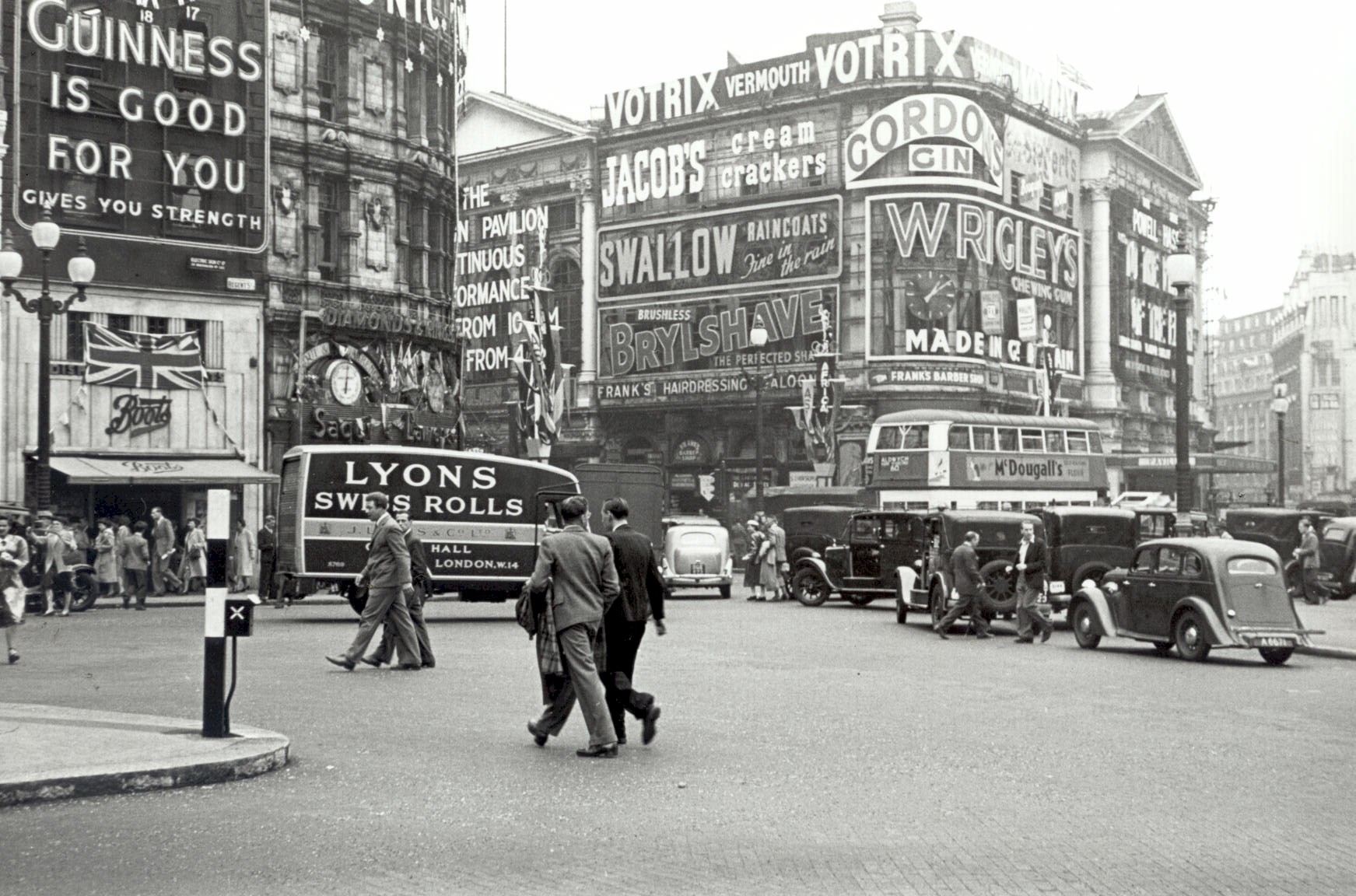 Piccadilly Circus in the 1950s 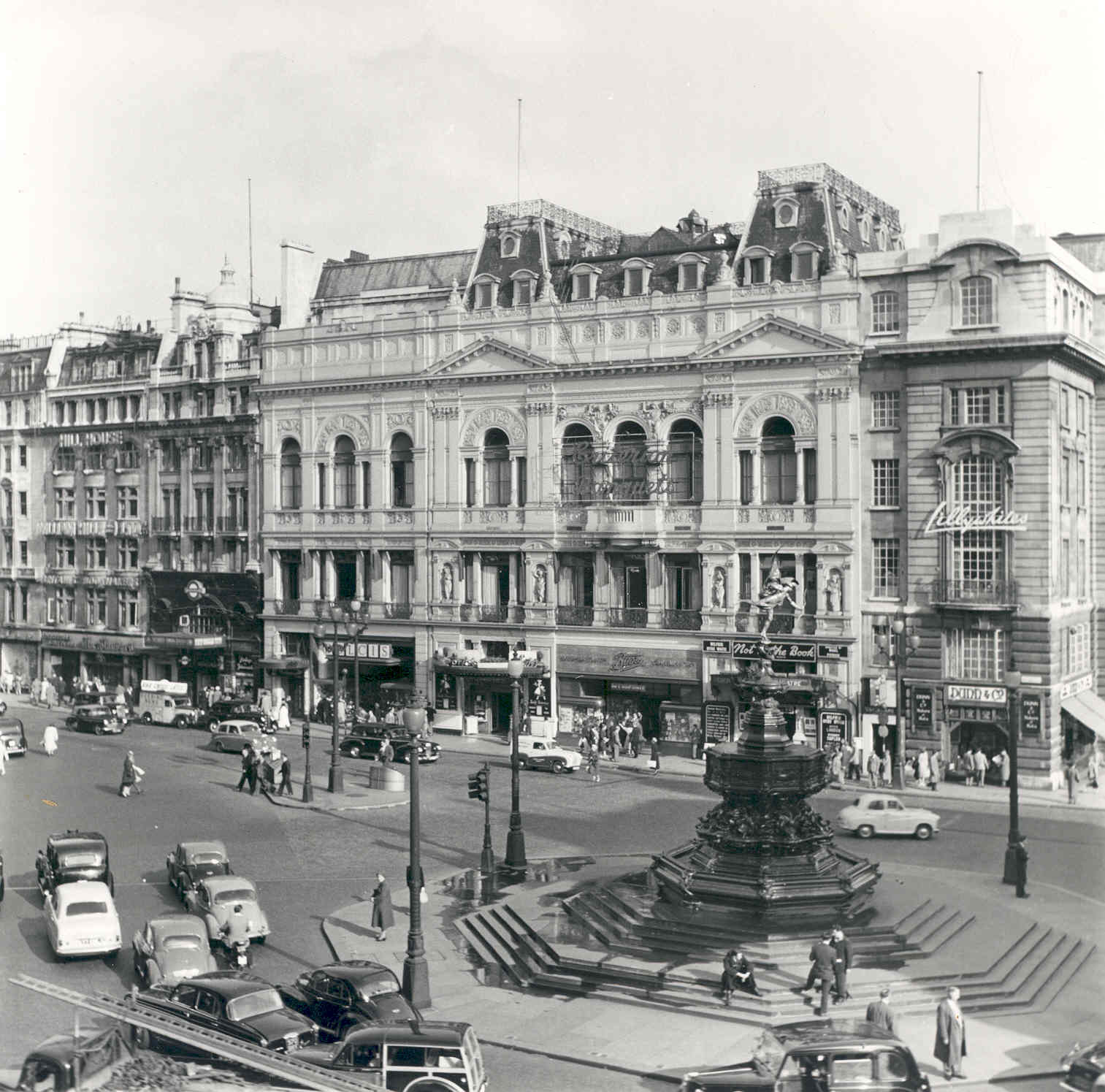 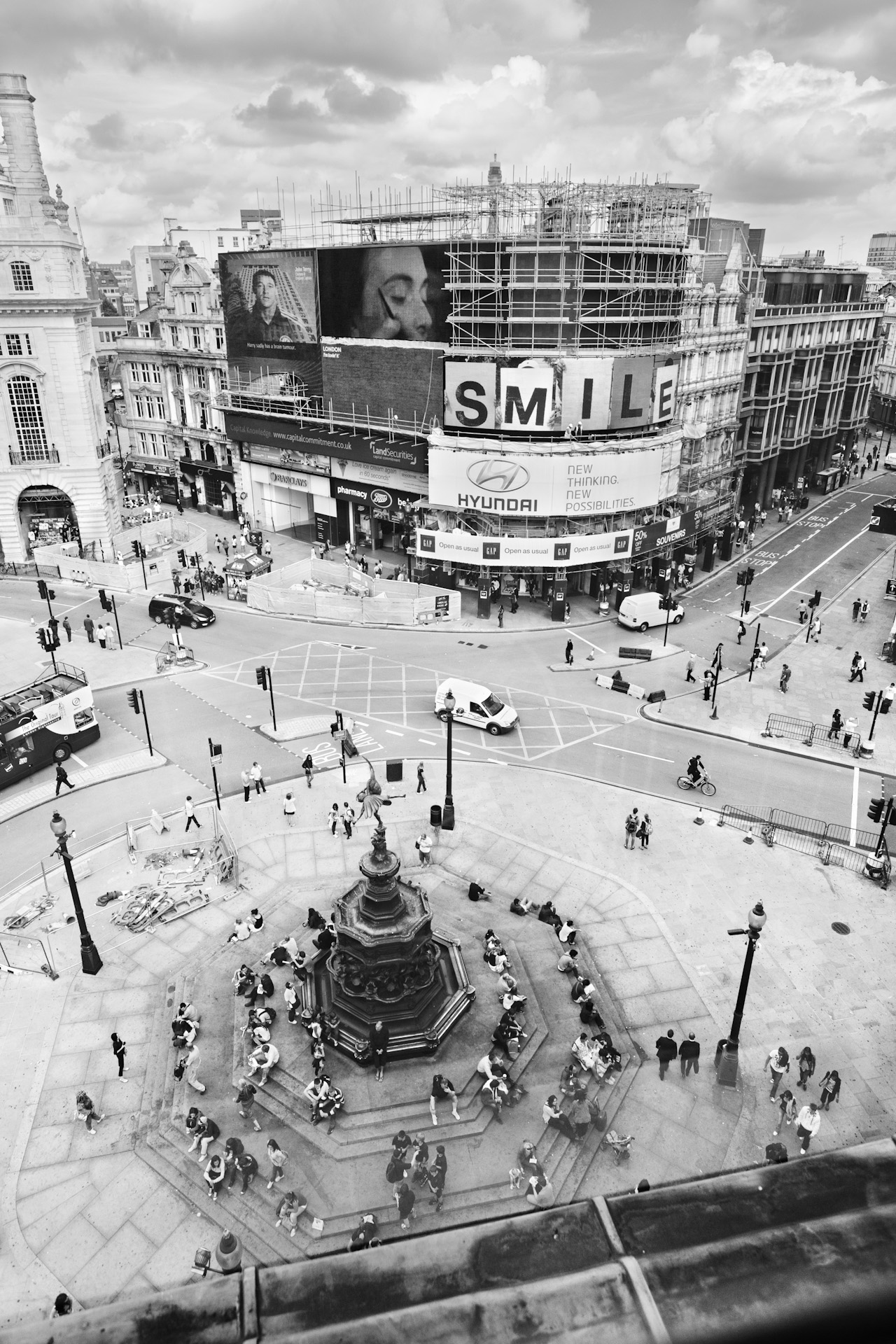 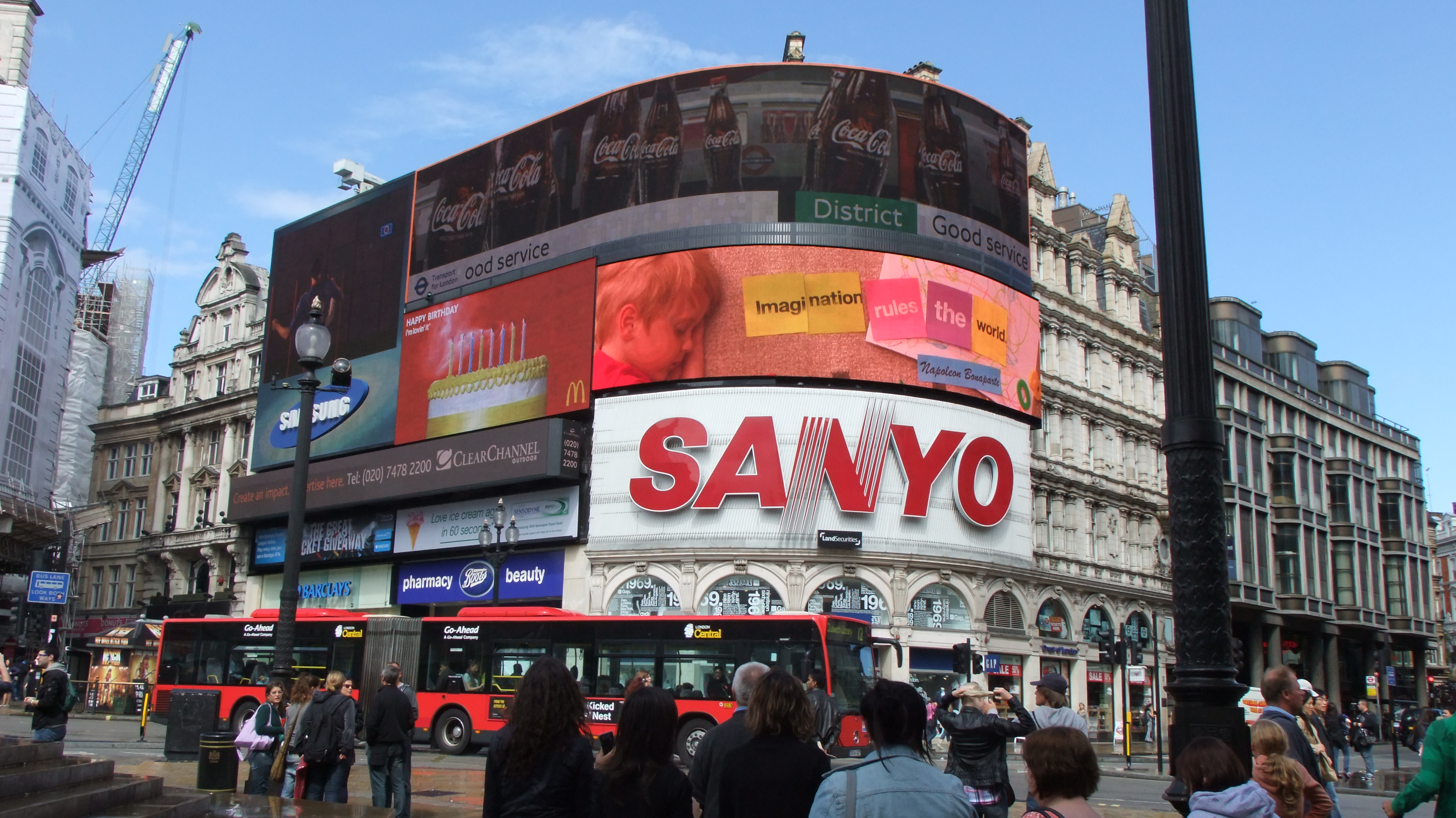 December 2014 - Boots UK in Piccadilly Circus after its grand reveal 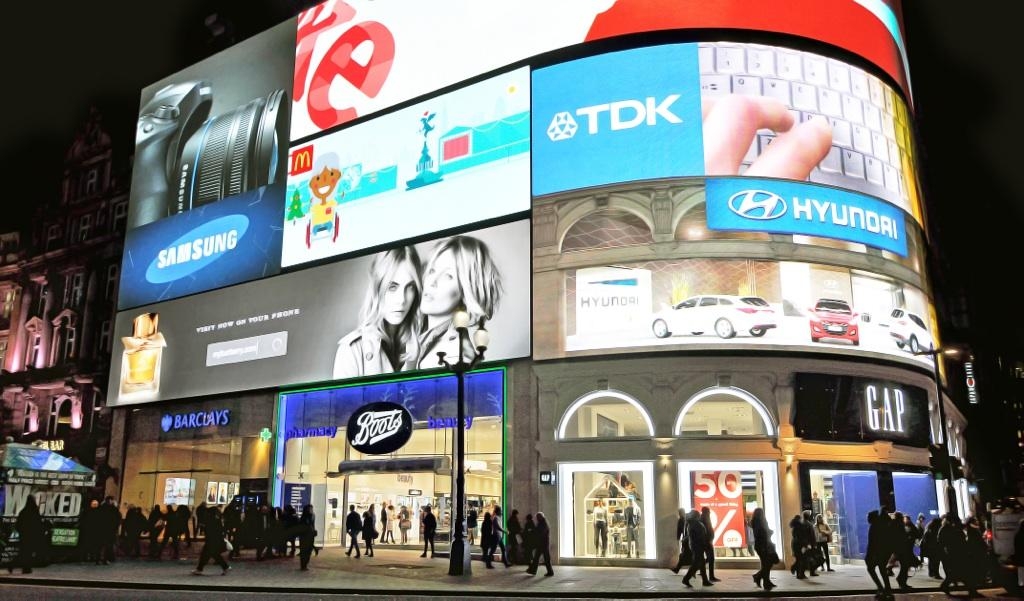