Boots UK has surprised Witton Church Walk School in Cheshire by bringing one of their pupils’ “dream adventures” to life and taking them on a big adventure to ‘Madagascar’.

As part of Soltan Sun Ready, the sun safety education campaign, the BIG Exploration competition was launched to encourage more young people to get active and get outside while inspiring positive sun-safe habits in a mission to find the country’s “most prepared explorer”.

The competition received more than 400 entries, taking pupils’ imaginations across the world to the Arctic, Africa, outer space and fictional lands. The lucky winner, 8 year-old Rico from Witton Church Walk Primary in Cheshire, impressed the judges a video outlining his plan to “travel all the way from Britain to Africa” and explore Madagascar. With a bag packed with a camera, bug repellent, sun hat, sword and sun cream, he was ready to become a BIG Explorer. 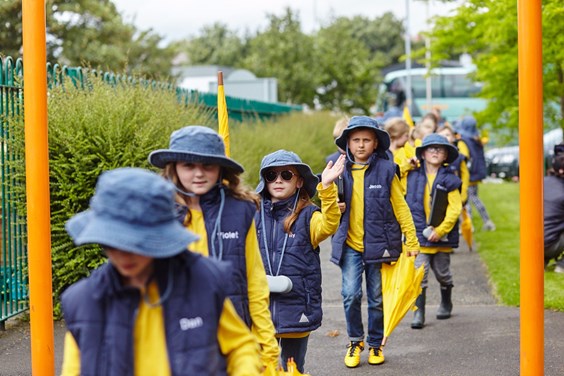 On Wednesday morning, a crack team of “adventurous explorers” burst into Witton Church Walk School, transporting Rico and his class to their Base Camp in Delamere Forest, Cheshire, which had been transformed into a Madagascan jungle. Kitted out in gilets, sunglasses and hats, along with Boots Soltan sun cream and trusty umbrellas; they were prepared to take on the great outdoors.

The young explorers were then put through their paces in a series of fun and educational activities designed to prepare them for adventures around the world. The day was capped off with the BIG Build, where all pupils worked together to create an extraordinary monument with 135 boxes highlighting each pupils’ name.

With the BIG Exploration “graduation” badge on his chest, Rico said of his experience, “I’m BIG Explorer Rico! I did a video interview about going to Madagascar. When I found out I won the competition I felt shocked, surprised and overjoyed... Today we did five activities – we did puzzles, crawled through tunnels, used magnifying glasses and drew insects. My favourite activity was creating my own animals like reptiles, beetles and birds.

Rico was delighted that the whole class could join in with his prize, saying: “This morning when the BIG Explorers came I didn’t expect it at all. I was proud and happy that my class got to go on an adventure today, out of every school in the competition.”

Rico’s mum Sarah, who joined the class at Delamere Forest, said, “I’ve had great fun getting involved today, I think he’ll remember the competition for the rest of his life and it was a fantastic opportunity for him and the rest of the children. The day today emphasised teamwork and bonding, it was an amazing day out for them. Companies like Boots taking the lead in educating us and our children about sun safety is a very important thing.”

Sarah also praised the opportunity for outdoors learning, saying “I love ways to learn outside the classroom, getting outdoors is an important part of education for children. As a parent I think life skills can be lost because children don’t go playing in forests and building dens. This was a great way to get them back in touch with nature.” 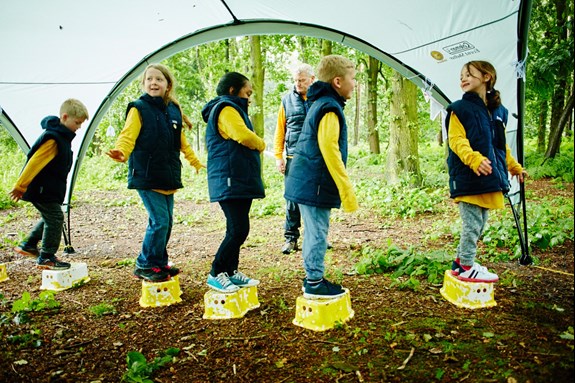 Miss Coates, Rico’s teacher at Witton Church Walk, praised the event’s inclusivity and educational benefits, saying, “It was an amazing day – the children won’t stop talking about it! Each activity today challenged different pupils in different ways. We’ve had a theme this year about caring for yourself and learning how to look after yourself. We did a whole key stage assembly led by a senior teacher using the Sun Ready resources. The resources made our lives easier, gave us an opportunity to apply learning outside the curriculum and the competition added an extra opportunity for pupils to go to their parents and bring that message home.”

Amber Kirby, Global Brand Director – Healthcare, Boots Brands & Skincare at Boots UK, who has led schools sun safety activity at Boots, said, “So far this summer, the Soltan Sun Ready schools programme has given children and parents across the UK the knowledge they need to be ‘sun ready’. Thousands of pupils have been getting outside and enjoying the great outdoors while creating healthy sun safe habits that last a lifetime. We were over the moon with all of the fantastic entries we received for the BIG Exploration – it’s really exciting to see how involved pupils, teachers and schools have been when putting their new Sun Ready knowledge into practice!”

Competition entries were submitted on the Sun Ready website in the form of video, photography, written stories and drawings.