You are here: Home Newsroom Features #ShowThemYouKnowThem this Christmas with Boots UK

#ShowThemYouKnowThem this Christmas with Boots UK

Boots UK has been part of our lives for over 150 years and understands just how essential relationships are for our health and happiness.  That’s why the unique relationship between real-life sisters is at the heart of this year’s Boots Christmas campaign.

The Boots #ShowThemYouKnowThem campaign launches on Saturday 11 November during ITV’s X Factor with a 60 second film. The film demonstrates how a single meaningful gift can show someone you truly know them. How a gift, chosen with thought, can transport you back to special moments… great times… happy memories.

Throughout the film we witness two sisters connect, when a Boots Christmas gift, given from one to the other, taps into their special bond. So begins a nostalgic journey of some of their shared moments: big and small; heartfelt and fun but all with Boots by their side. In fact, 11 products woven into their memories have been recovered from the Boots archives and make an appearance in the film. Some of its most popular products from the 1970s to the 2010s including Seventeen Parma Violet Nail Polish and Natural Collection Banana Moisturising Cream Bath. 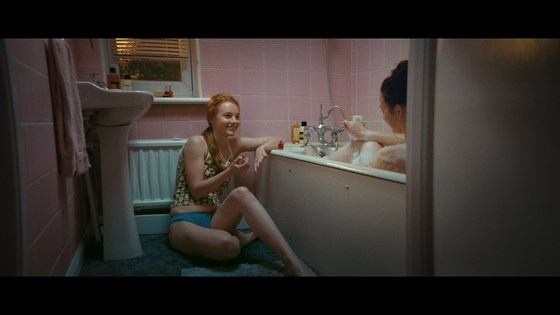 Helen Jeremiah, Director of Customer Strategy and Communications at Boots UK, said: “We believe Christmas is all about the thought – it’s about old memories and new ones we’re yet to make. The secrets we’ve shared and the laughs we won’t forget. We want to help people recognise, strengthen and celebrate their closest relationships through the sharing of great gifts – chosen with thought, shared with love, and received with unbridled delight. Like the sisters in our film, many of our customers have grown up with Boots and have been sharing our gifts with their family and friends throughout their lives.”

The heartfelt sentiment is expressed through the fitting music, a re-recorded version of Yazoo’s 1982 hit, Only You featuring Alison Moyet and an orchestral sound track.

The ad is the first Christmas campaign for Boots UK by creative agency, Ogilvy and directed by Benito Montorio, known for his work on Volkswagen, Barclays and award-winning work for St Johns Ambulance and BBC documentaries. Actress Kathleen McDermott and her sister Karen McGarrity play the adult sisters in the present day, while the earliest flashback stars real sisters Eve and Ella Morrison, aged 8 and 6.

The film in detail:

In the opening scene of the film, we see mum Sarah driving back to her family home for Christmas, with her teenage son in the passenger seat. We cut back to present day, where Ruth is preparing the family home for the Christmas celebrations. Sarah arrives, and after she greets the rest of the family.

Ruth hands Sarah a small gift, and though we don’t see what it is, Sarah’s smile as she opens it and tells us it’s the perfect choice by asking, “How did you know…?”

From this point, we see a series flashbacks to various shared moments throughout Sarah and Ruth’s lives – from playing hide and seek together as children, to that first teenage kiss. We see family feuds, wild parties and weddings, an emotive array of snapshots from the past which evoke intimate moments and shared secrets between the two sisters.

We cut back to present day where in response to opening her thoughtful gift, Sarah jokes, “Well… I only got you… vouchers!” The two sisters burst into laughter, throwing their arms affectionately around one another, sealing their close bond.

As part of the campaign, Boots is encouraging the nation to tell their thoughtful gifting stories with #ShowThemYouKnowThem – whether it’s the unmistakeable fragrance that brings back first date memories for your fiancé or a Jack Wills grooming kit for the brother who has returned from university sporting a new beard.

Plus, because it’s all about the thought this Christmas, Boots UK is helping you save time and money, with mix and match 3 for 2 offers across the range, and the option to order online for instore collection with the Order & Collect service.