For the fourth instalment of ‘Boots Hidden Heroes’ we are celebrating the life and career of John Dollond, a leading scientist in the Age of Enlightenment and one of the world’s most eminent figures in the study of optics, who served as optician to King George III.

John Dollond worked alongside his son Peter, to establish their own family optical business, which in 1927 became Dollond & Aitchison, before merging with Boots Opticians in 2009 to become the second largest optical chain in the UK.

John Dollond was born in Spitalfields, London on 10th June 1706. His parents were French refugees, who along with half a million Protestants had fled the country during the end of the 17th century to avoid persecution by Louis XIV, and set up in the silk trade in London’s East End.

At around the age of 14, John began working alongside his father, serving his apprenticeship between 1720 and 1727, before setting up his own business as a silk-weaver. However, his real passion lay outside of the trade, instead preferring to spend his evenings and free time studying and attempting to answer some of the largest unanswered scientific and philosophical questions of the period.

John educated himself in a variety of academic subjects including Latin, Greek, physics and anatomy, but his real passion lay in mathematics. He joined the London Mathematical Society shortly after its formation in 1717 when he was still a child, and would often amuse himself by drawing geometrical designs and constructing sun-dials.

Through his studies John began to take a real interest in ‘Opticks’, which in the 18th century meant not only the study of sight, but also the whole branch of physics which dealt with the properties and phenomena of light. This interest grew and led John to develop a workshop which was attached to his house, where he studied and created optical devices. His reputation in the field began to grow and he welcomed visitors, both amateur and professional, who were interested in his pioneering work.

In 1729 John married Elizabeth Sommelier, and two years later they gave birth to a son, Peter Dollond. As Peter grew up, John began to pass on his self-taught knowledge of optics and mathematics, but he initially followed the family tradition and began working in the silk industry. However, he soon realised he wasn’t suited to the trade, and in 1750 decided to draw upon his father’s teachings and open a small optical business in Vine Street, Spitalfields – moving professionally into a trade that John had been dabbling in so successfully as an amateur for almost 25 years.

John Dollond couldn’t resist the opportunity that this presented, and less than two years later in 1752 he abandoned the family’s long-established trade and joined forces with his son as a partner. The business, now Dollond & Son, relocated to new premises at ‘The Sign of the Golden Spectacles and the Sea Quadrant’ in the Strand, and it was here that John began his pioneering experiments on the colour-free (achromatic) lenses for which he would became so successful. 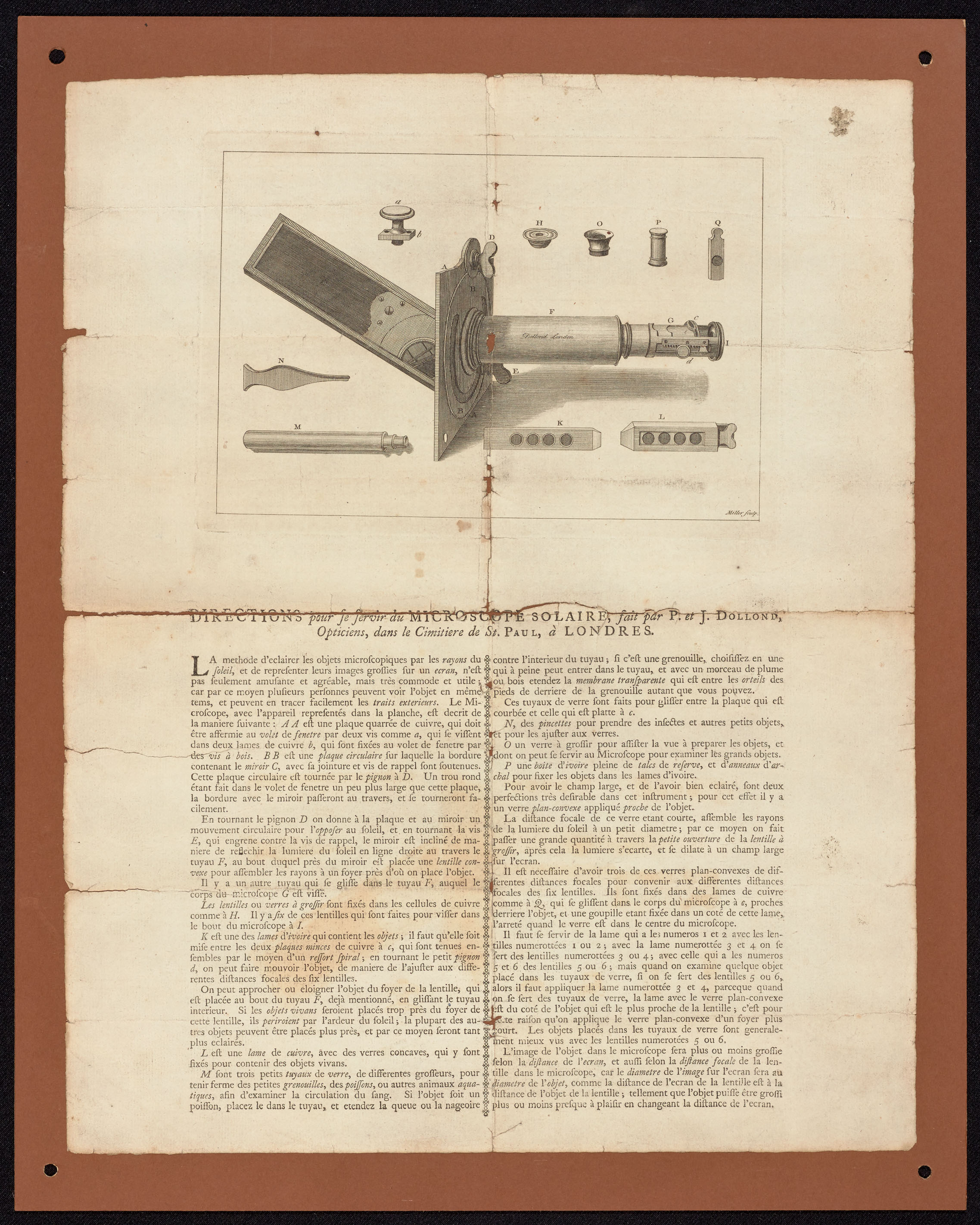 John now had the opportunity to throw himself completely into the study of optical devices, and in 1753 had his first real commercial success when he launched the ‘Dollond Micrometer’, which provided astronomers with a new and powerful means of calculating the distance to the sun. The success of this device would later become apparent when in 1769 Captain James Cook used one on his famous voyage to Australia, and orders were received from as far away as Cape Town and Philadelphia.

His biggest success however, came in 1758 when he became the first person to patent the ‘achromatic lens’. Sir Isaac Newton, in the 17th century, had tried in vain to develop a lens which wasn’t distorted by colours, but had eventually declared that it was impossible to obtain colour-free images of objects by lenses alone. Newton’s status as a figure of authority meant that his conclusion remained unchallenged for nearly a century - until in 1733 a barrister named Chester Moor Hall developed a telescope lens that, contrary to Newton’s teaching, reproduced distant objects in their natural colours.

Chester Moor Hall had rightly developed the first achromatic lens, but he continued to work for over 20 years without publicising or taking out a patent on his discovery. It wasn’t until John Dollond, who was visiting a supplier of optical components, looked at a lens that was being created for Hall and recognised its purity, and realised the significance of the invention.

Dollond returned home following his chance discovery, and after a series of careful experiments of his own, began to publicise his conclusion that an achromatic lens could be created and Newton had, in fact, been mistaken. Importantly, John Dollond went further than Hall and applied for a patent for the achromatic lens, and began to apply it to the optical devices he was creating, meaning he could now produce telescopes that were 3-foot long which performed as well as the 45-foot long ones constructed by older methods.

The success he received from patenting the achromatic lens resulted in John being made a Fellow of the Royal Society and he received its highest award, the Copley Medal (which is now held in the Boots Archive Collection). Business flourished as fresh orders poured in from across the globe, with John becoming a ‘celebrity’ in the field of optics and became associated with some of the most prominent men in science of the day. His discover was ‘universally acclaimed as being of the greatest practical importance to astronomy’, and his achievements were truly recognised when in 1761 he was appointed optician to King George III. 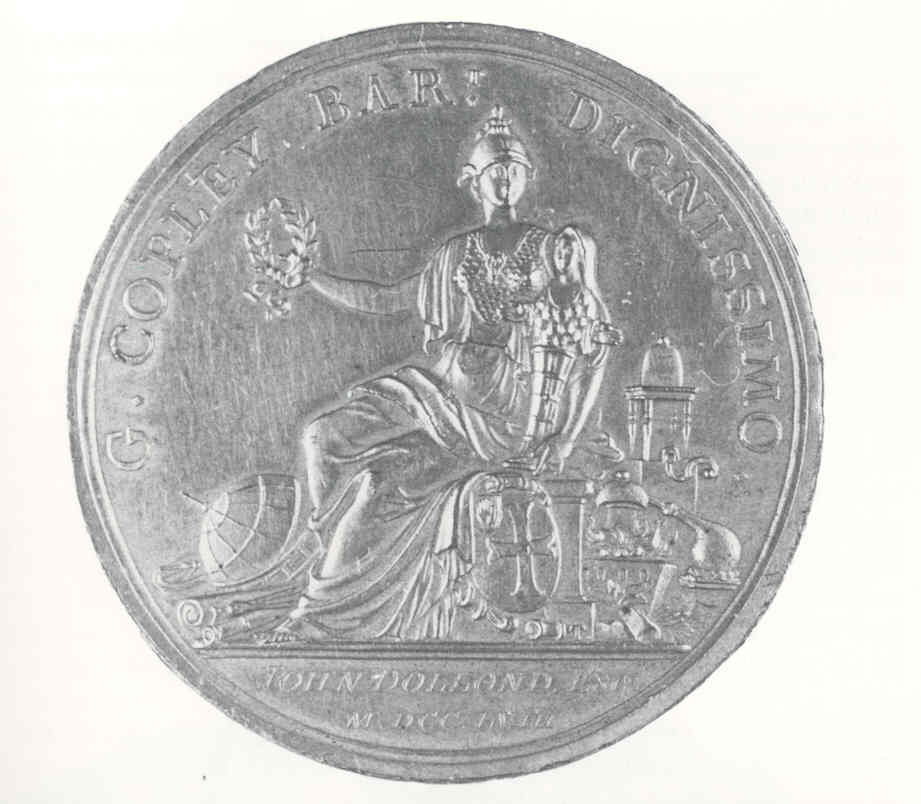 However, at almost at the peak of his success, John died at the age of 55, after suffering a stroke whilst reading at his home. Following his death, questions were asked about the validity of his patent, whilst his son Peter continuing to run the family business. People were unhappy that John had seen the lenses which Chester Moor Hall had been working on and believed it was have been gentlemanly to credit him, but Peter disagreed. Court battles ensued, which in 1766 resulted in Lord Camden ruling that ‘it is not the person who locks his invention in his scrutoire who ought to profit by a patent for such invention, but he who brings it forth for the benefit of the public’, vindicating John Dollond.

Peter continued to run the business and succeeded in regaining any confidence as a result of the lawsuits by selling exquisite and quality instruments, including tubular magnifying glasses for reading books, microscopes, sextants, sundials and above all spectacles. More discoveries followed, when in 1781 Peter Dollond was reputed to have made bi-focal spectacles, three years prior to Benjamin Franklin whom many credit with the invention, and in 1805 Admiral Nelson purchased a Dollond telescope. By this time, the slang word for a telescope in the Royal Navy was ‘a dollond’.

The business merged with Aitchison in 1927, becoming Dollond and Aitchison, before merging with Boots Opticians in 2009, becoming the second largest optical chain in the UK and retaining its exclusive heritage.

Today, John Dollond is rightly recognised for the key part he played during the great changes which took place throughout Europe in the 17th and 18th Centuries in the Age of Enlightenment, through which time scientific discoveries and exploration helped charter a new course into the modern world. 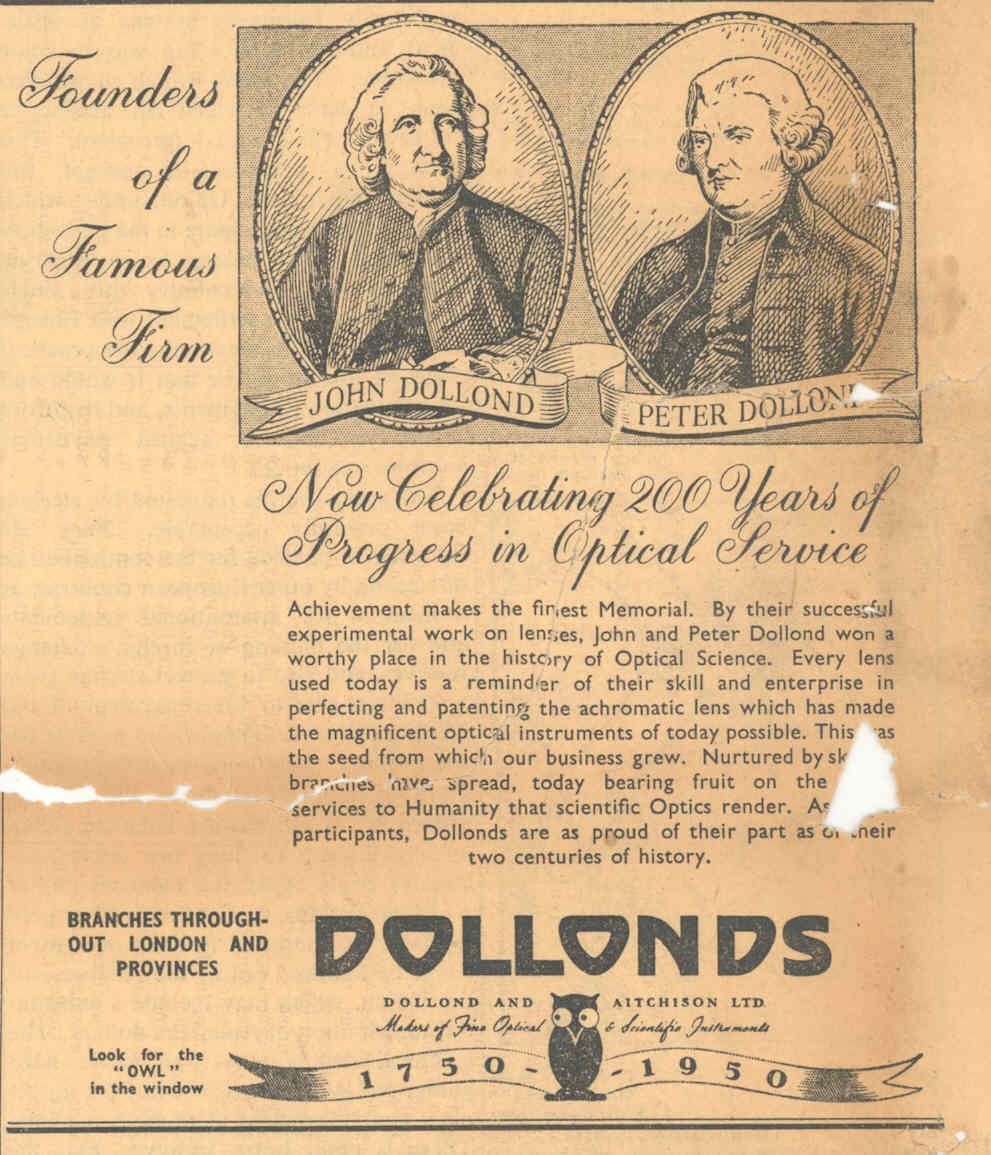