For the second instalment of the Boots Hidden Heroes campaign we are celebrating the 50th anniversary of Ibuprofen being marketed by sharing the story of Dr. Stewart Adams, who sadly died on Wednesday 30th January 2019. His career at Boots spanned over 45 years during which time he led the team that discovered ibuprofen, one of the most effective and bestselling anti-inflammatory painkillers in the world.

Stewart Adams was born in 1923 in Byfield, Northamptonshire. He left school at the age of 16 and began his career as an apprentice at Boots March store, before being awarded a scholarship by Boots to study at University College, Nottingham. He graduated with a B. Pharm degree in 1945, whilst working in Boots Day and Night store on Wheeler Gate, Nottingham.

His first position upon graduating was in Boots penicillin plant on Daleside Road, Nottingham, which was one of the first penicillin factories to be built anywhere in the world and manufactured for the Ministry of Supply during the Second World War. After two years Adams moved to Boots Research Department and took up a research scholarship at Leeds University of Pharmacology, completing his PhD in 1952. 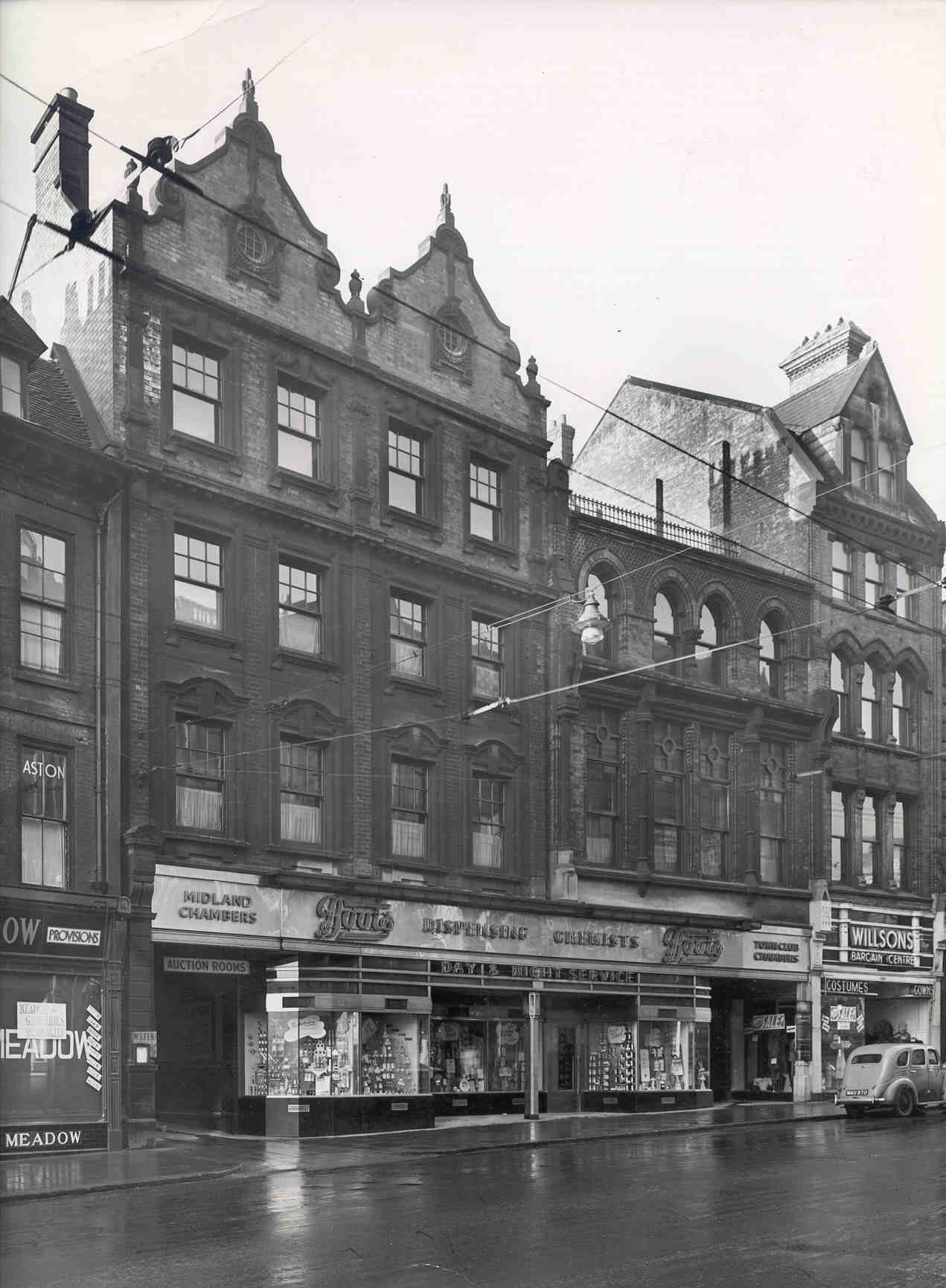 At the same time, Dr Gordon Hobday became Director of Research and began the search for a new treatment for rheumatoid arthritis – the disease which Jesse Boot had suffered from for most of his life.

As part of this Adams was made responsible for the project, and due to war damage in the city centre began his research in a group of converted houses in West Bridgford. His laboratory was in the front room of the house whilst his technician used the larder for an office - but despite this he later claimed that it was “not the best of circumstances by any means, but that time was undoubtedly the most important six years of the [ibuprofen] project”.

In 1953 there were only two types of drugs on the market that had an effect on the pain caused by inflammation – corticosteroids and aspirin, but both had unpleasant side effects and weren’t suitable for long-term use. However, Adams was particularly interested in the way that aspirin worked, especially its anti-inflammatory activity, and began to look at it more closely when no-one else appeared to be doing so.

As part of the project Adams employed technician Colin Burrows, and later Dr John Nicholson, who together spent the next 7 years researching the compounds that made up aspirin. First they developed a pioneering test which measured the anti-inflammatory effects of aspirin against mild sunburn, before moving on to synthesise thousands of different compounds. 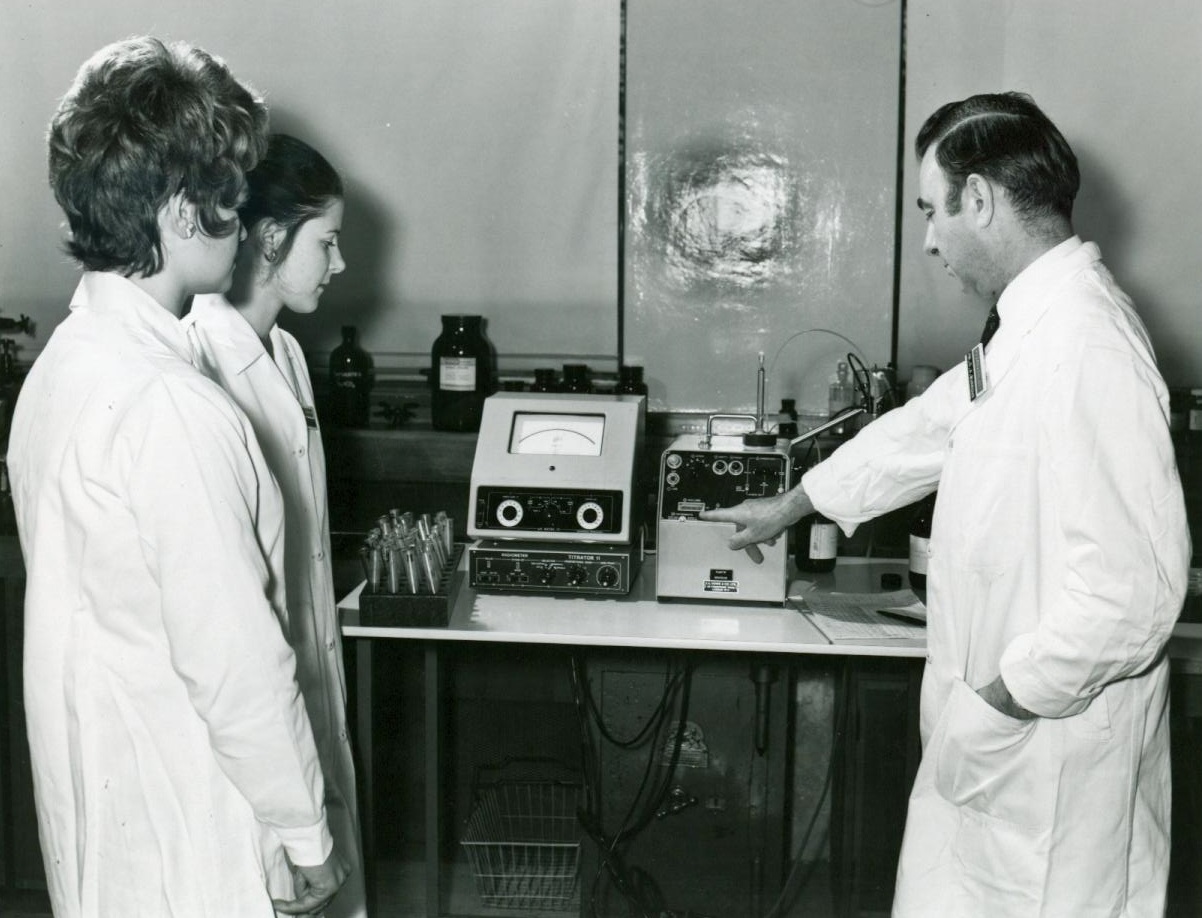 By the late 1950s Adams and his team had selected a compound to be sent to clinical trial, but whilst it was 6-10 times more effective than aspirin against the effects of mild sunburn, it was ineffective during the small trial on patients suffering with rheumatoid arthritis.

With the team facing failure they went back to the drawing board, which coincided with the development of a new American model of testing which for the first time could measure the analgesic activity of orally administered aspirin, meaning the team no longer had to rely solely on their sunburn test.

Housed in new facilities in Boots Pennyfoot Street laboratories, Adams, Burrows and Nicholson continued to persevere, and in 1961 sent four more drugs to clinical trial, but all resulted in failure. 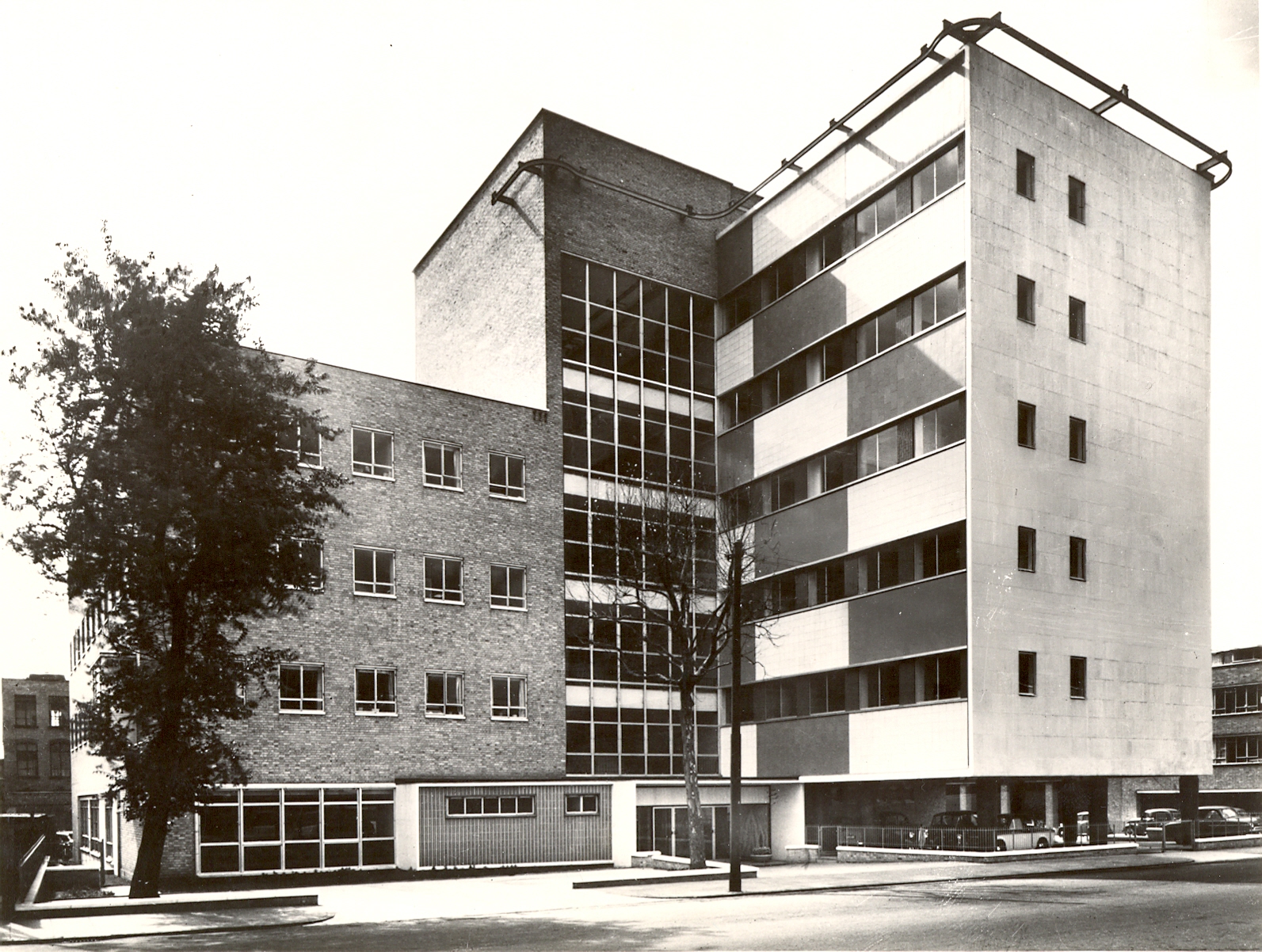 Facing disappointment once again, the team decided to refocus their attentions on phenylpropionic acids, which they had worked on a number of years earlier but had decided not to follow up on. As part of this, Ibuprofen (C13H18O2)was selected to be sent to clinical trial in October 1965, and twelve patients were tested in a double blind trial against aspirin. This time the trial proved successful and the compound went into extensive clinical trials.

Throughout his research, Adams belief in his work was demonstrated through his willingness to test compounds on himself. He stated that “I was the first to take the single dose (of ibuprofen) and later on I took a few doses. I always felt that if you were going to ask volunteers to take a drug and later patients, you really ought to be prepared to take it yourself”. 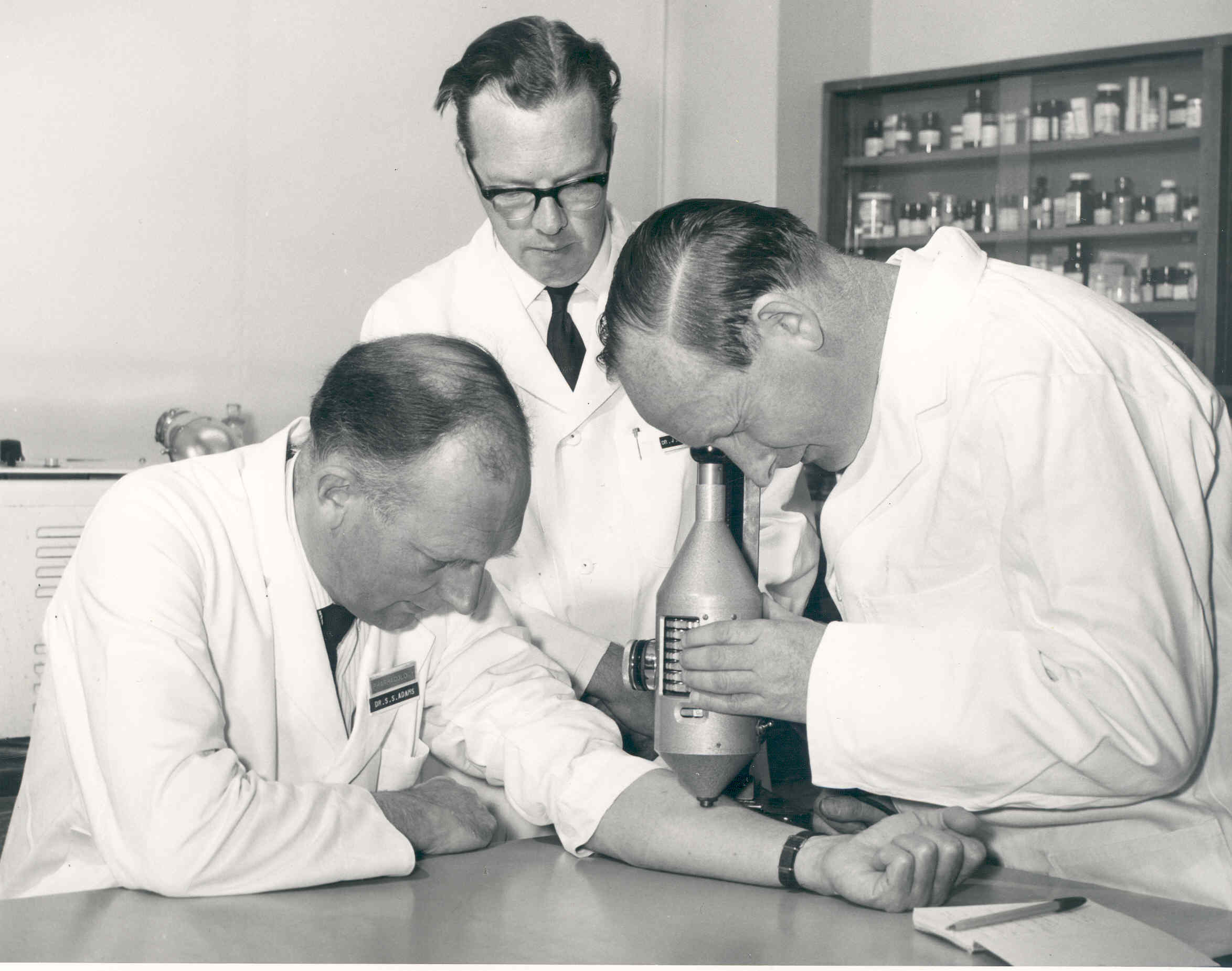 The success of the trials meant that on 3rd February 1969 - 16 years and 20,000 compounds after Adams began working on the project; Boots launched ibuprofen under the brand name Brufen, as a prescription anti-rheumatic product. In the years following its launch the supplied dosage was increased from 600-800 mg/day to 2.4 g/day, establishing ibuprofen as one of the most clinically effective and best-selling anti-rheumatics in the country. 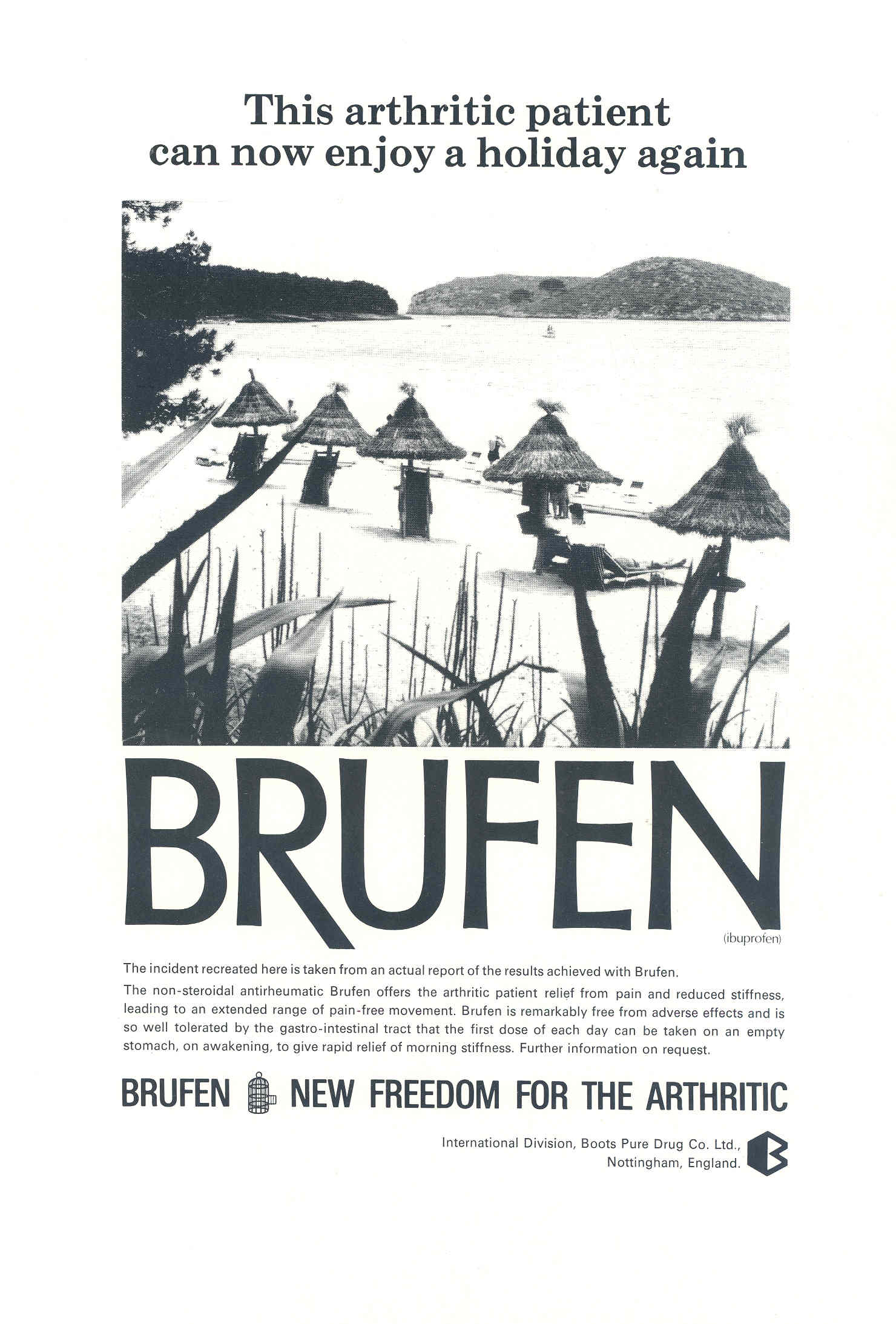 Ibuprofen was soon shown to also be effective in preventing mild to moderate pain, post-operative pain, dental pain and dysmenorrhea, with it being made available around the world for use as a prescriptive medicine for these conditions. By 1980, on average, 2.5 million patients were receiving ibuprofen a day worldwide and Brufen became the UK’s No.1 anti-inflammatory treatment.

On 8th August 1983 a real breakthrough in the success of ibuprofen occurred when it became available over the counter as a non-prescription drug, marketed under the brand name Nurofen. This was significant as it was the first non-prescription analgesic to be introduced since paracetamol in the mid 1950’s and aspirin at the turn of the century. It was, at the time, extremely rare for a major worldwide prescription drug to change to a non-prescriptive status.

In 1985 the success of ibuprofen was recognised when Boots Research Department was presented with the Queens award for Technological Achievement, and shortly after this in 1987 Stewart Adams was awarded an OBE for his work on the project.

Stewart Adams had a highly successful career at Boots, working in the business for over 45 years. He was promoted in 1972 to Head of Biological Sciences and in 1977 to Head of Pharmaceutical Sciences (Research) with responsibility for all chemical and biological research directed to the discovery of new ethical pharmaceuticals. Finally, in 1978 he was appointed to the board of Boots International.

At the time of his retirement in May 1984, Dr E Cliffe said “Stewart has made a contribution of outstanding distinction … particularly through his leading role in the discovery of Ibuprofen. He has gained a high reputation amongst his peers in many countries for his expertise and experience as a research scientist in the field of non-steroidal anti-inflammatory agents.”

Adams has been continually recognised for his role in the discovery of ibuprofen. In 2008 he was awarded with an honorary degree from the University of Nottingham, which he has described as his proudest scientific moment.

In 2013 the Royal Society of Chemistry presented blue plaques to be placed on both Boots D6 building and BioCity in Nottingham city centre to celebrate the research and discovery of ibuprofen. Professor Dave Garner, a past President of the RSC, stated at the time that "Innovation and scientific discovery are woven into the fabric of Nottingham, as manifested by the range of major developments pioneered by organisations like Boots UK and BioCity. In the same year Adams was also made an Honorary Freeman of the City of Nottingham, with Jesse Boot the only previous Boots employee to receive this honour.

Today ibuprofen remains hugely important around the world. In 2015, Boots UK sold an average of one pack of ibuprofen every 2.92 seconds, and, in the UK, sales figures for the medicine reached over £150 million.

“I, and all at Boots UK are deeply saddened to hear of the death of Dr Stewart Adams.  Dr Adams made an extraordinary contribution towards numerous scientific discoveries but will be forever remembered for his pioneering research which led to the discovery of ibuprofen during his time at Boots.

“The numerous accolades which he received, including an OBE in 1987 and an Honorary Freeman of the City of Nottingham are testament to the significance of his work and a fitting tribute to the man who undoubtedly put Nottingham on the global map of scientific discoveries. We would like to offer our deepest condolences to the family at this sad time.”