For the second instalment of Boots ‘Boundary Breakers’ campaign, the Archive Team are celebrating the life and career of Mabel Exley, Boots Chief Research Librarian, who helped establish a library at Boots which was used to support some of the most significant scientific discoveries of the Twentieth Century.

Miss Mabel Exley was born and raised in Sheffield, where she completed her librarianship training in the city's Commercial, Science and Technical libraries. She joined Boots shortly after the Second World War, having attained a Fellowship of the Library Association – its highest recognised professional qualification.

On joining the company Exley was given the task by Sir Jack Drummond, Boots Director of Research, to build up the firm’s research library, which at the time was small-scale and based at Boots Pennyfoot Street site in Nottingham.

Research libraries were created and used by companies such as Boots to help employees with their research, and contained a variety of technical books, periodicals and reports. During this period Boots was focusing increasingly on research and development, and made a number of significant discoveries in antibiotics, vitamins and anti-inflammatories, including the launch of ibuprofen in 1969.

However, recalling when she first started at Boots, Exley explained that “there was the nucleus of a library there, nothing more, in Chemical Sciences, but the medical section had only about 100 books”. Acting on this, she set about expanding the facilities, quickly establishing a fully equipped library which offered a full loans service to every department in the business to help with their respective research. 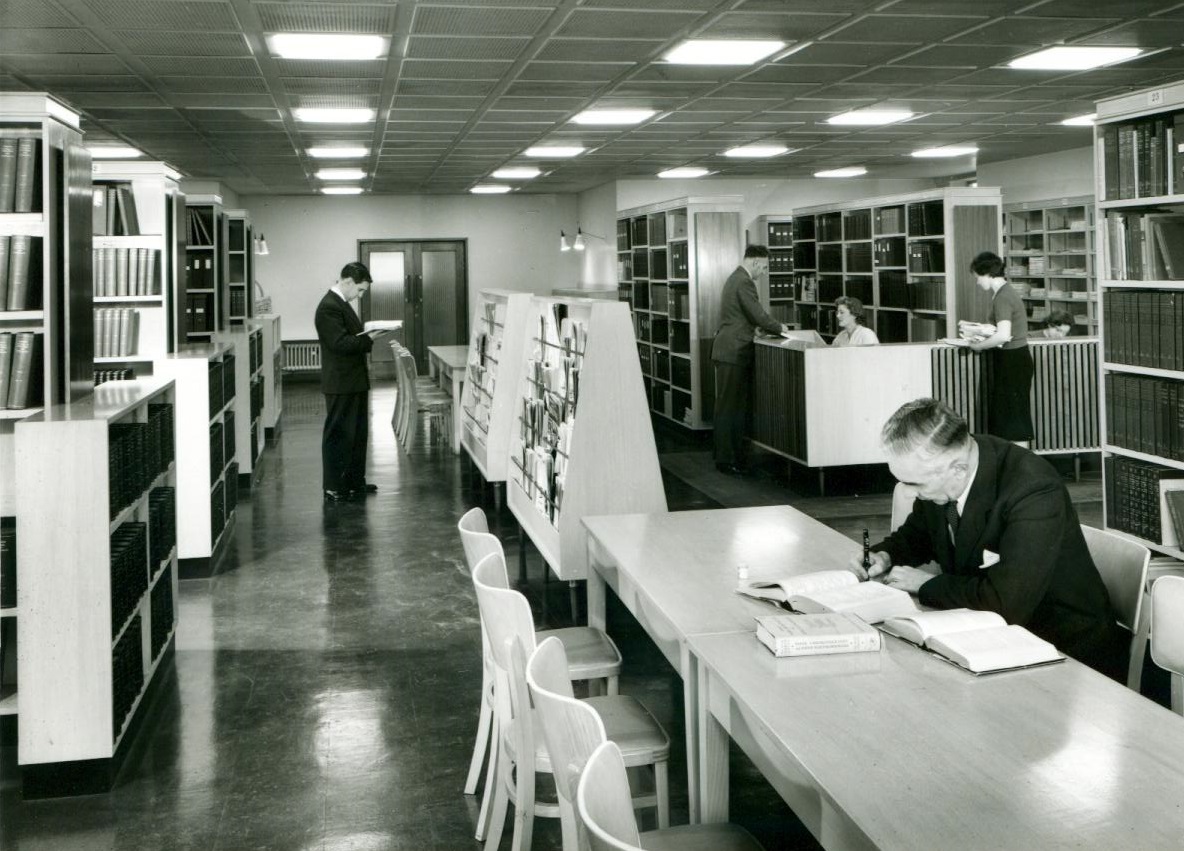 Every book and journal which was purchased for the company came through Exley and the research library, which led to a high demand on the service. She claimed that “staff are expected to anticipate demand more keenly that a general library. The tempo of work in a research library is high and the reader expects his demands to be satisfied almost immediately”, and it was her team’s ability to respond to this expectation which led the library staff being recognised as an essential part of the wider research team.

By 1963 Exley had expanded the library from just a small collection of books to over 25,000 volumes and 970 current periodicals, all of which were available to the different research departments at Boots. To put this into context, around the same time the medical section of the University of Liverpool held 26,000 volumes and the Ministry of Health 60,000 volumes. 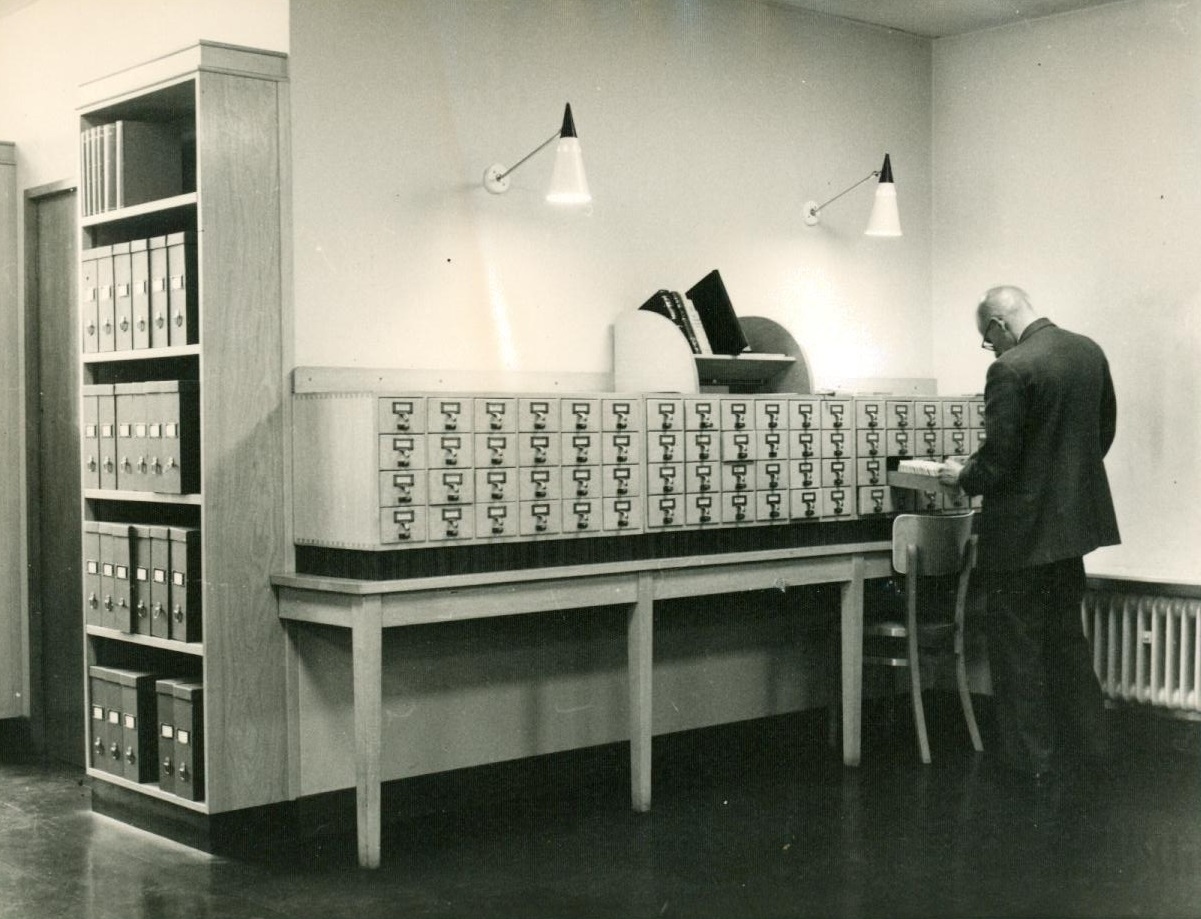 During her time at Boots Exley was also responsible for starting a collection of Boots products, which formed the basis of our current archive collection. Shortly before her retirement she stated that “We get a lot of enquiries about the collection from all over the country”, and she hoped that eventually a permanent display area could be established. Whilst not best practice now, we can recognise the significant number of items Exley collected due to the research library stamp on the covers of many of the items still in our collection today.

As part of her role as Chief Research Librarian Exley also contributed to the wider profession by publishing a number of articles on the benefits of research libraries, including a piece published in 1951 which sought to explain how technical and research libraries were beneficial in the development of industry throughout the United Kingdom. 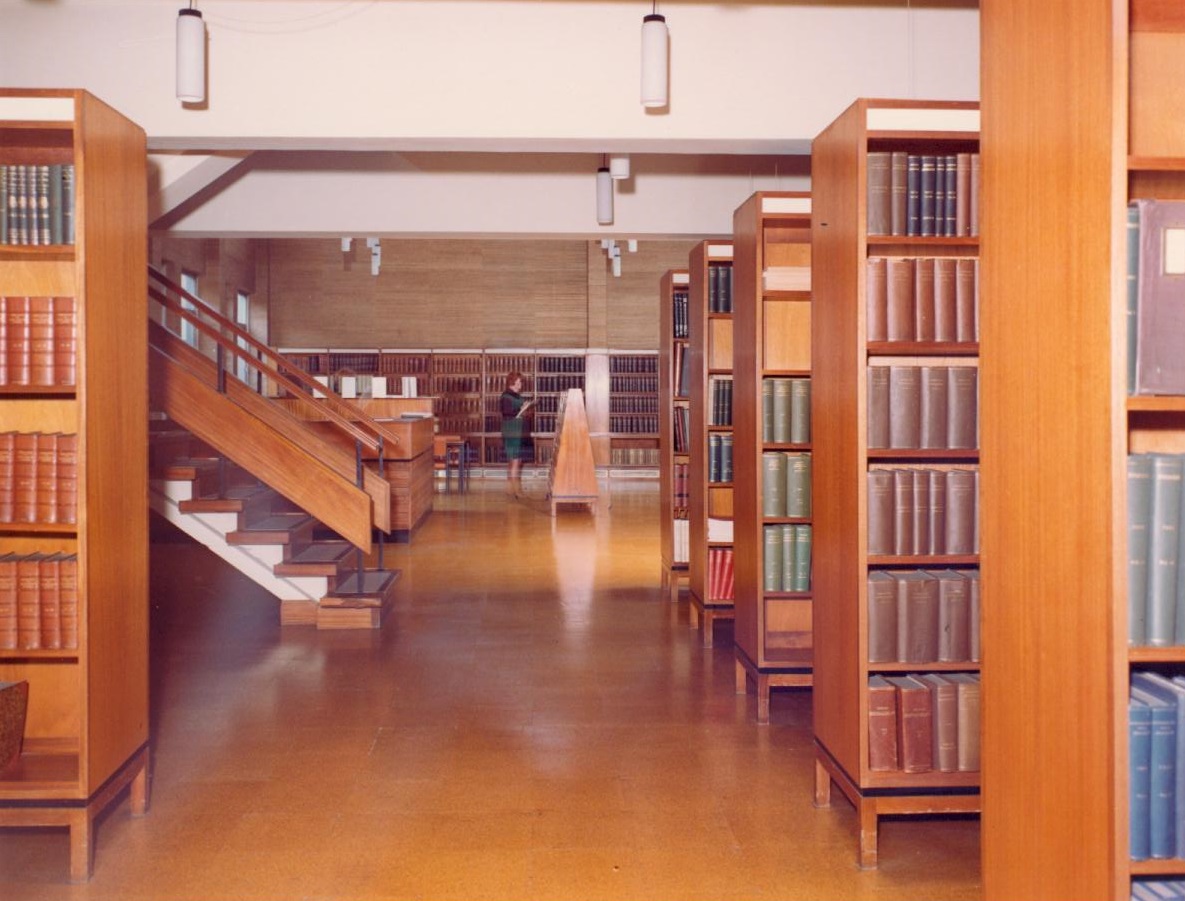 Exley was also President of the North Midlands branch of the Library Association, and was one of only three women to hold the position over a period of 80 years. Interestingly, her role at Boots was perceived to be unusual in that she was one of only a few female chief librarians who had a male assistant, further supporting her credentials as a pioneer in her field. 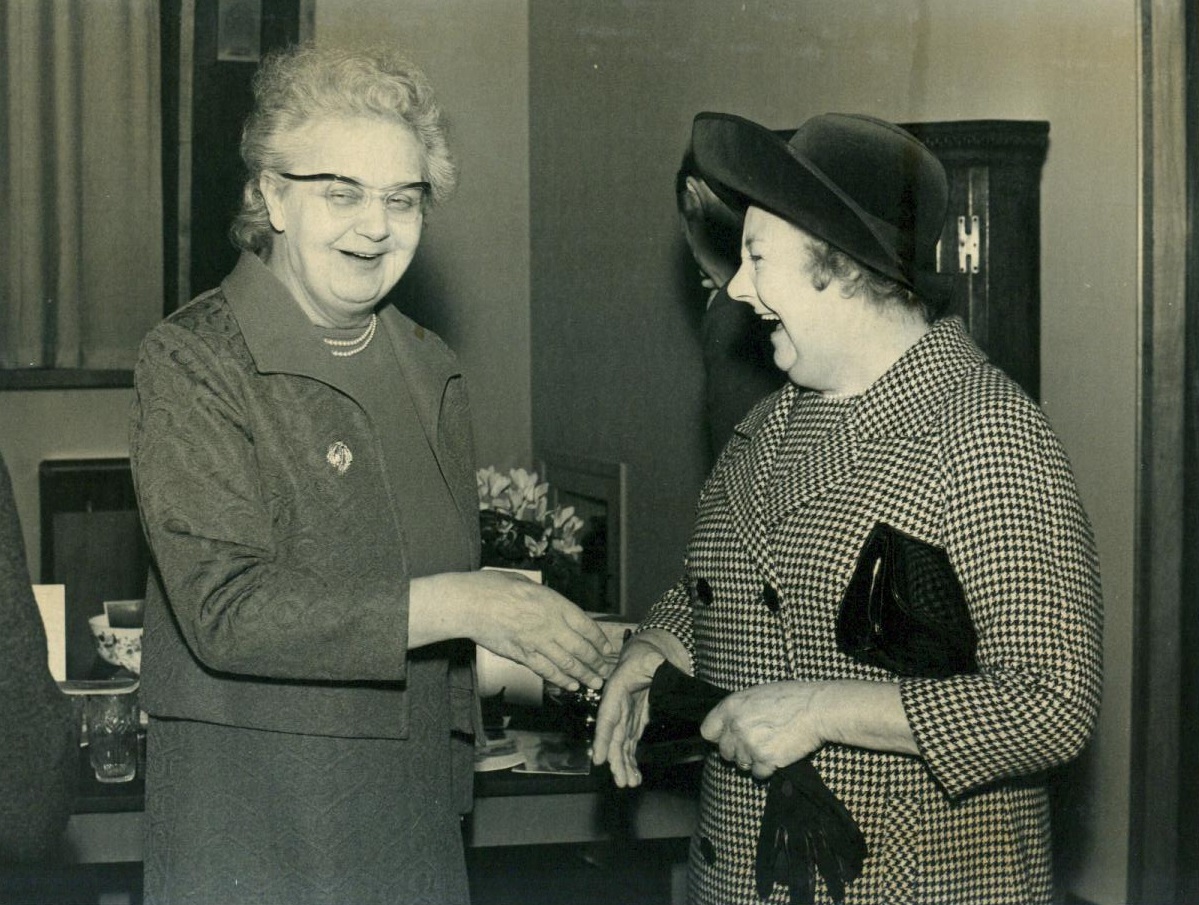 Mabel Exley retired from Boots after 26 years on 27th February 1973, at which point she had equipped Boots research library with first class collections and facilities, and also helped to establish equally impressive provisions in the form of a veterinary library at Boots Thurgarton site and agriculture and horticulture library at Lenton Research Station, Nottingham.