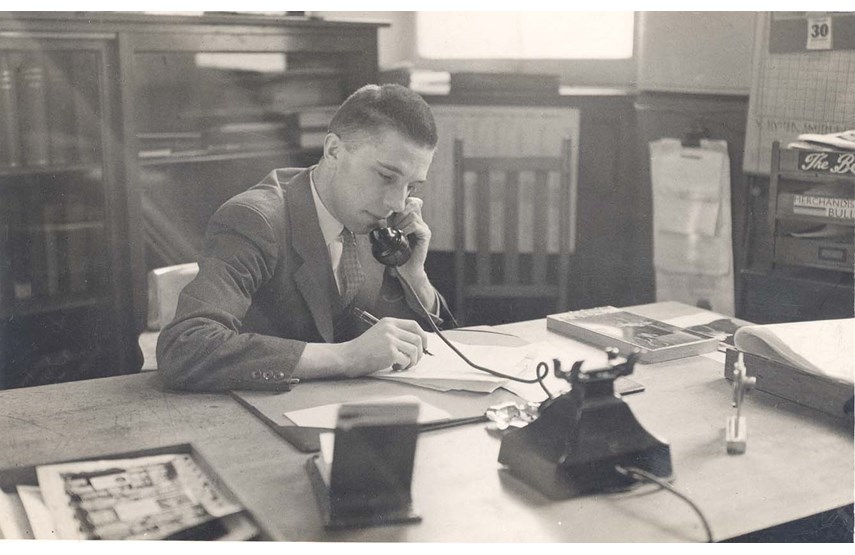 For the ninth installment of ‘Boots Hidden Heroes’ campaign, we are celebrating the career of Harold J Davis, who for over 30 years was editor of Boots staff magazines which were read by around 40,000 colleagues throughout the united Kingdom.

Beginning by creating a small self-published magazine in Boots Swindon store, Harold Davis went on to edit almost all the internal publications at Boots ranging from staff magazines to sales literature and promotional material, which played a vital role in keeping colleagues informed during a period of growth which saw the number of Boots stores increase from around 900 to over 1400.

Harold J Davis began his career at Boots Swindon store (264) in September 1917, where he trained to become a pharmacist. However, it quickly became apparent that he had a passion for editing and writing when in 1919 he produced a magazine called ‘264’, which he created by hand and contained stories, poems and cartoons about events that were happening in the Swindon store. Copies were made to be shared amongst colleagues and included reports on social activities such as staff outings and dance nights. 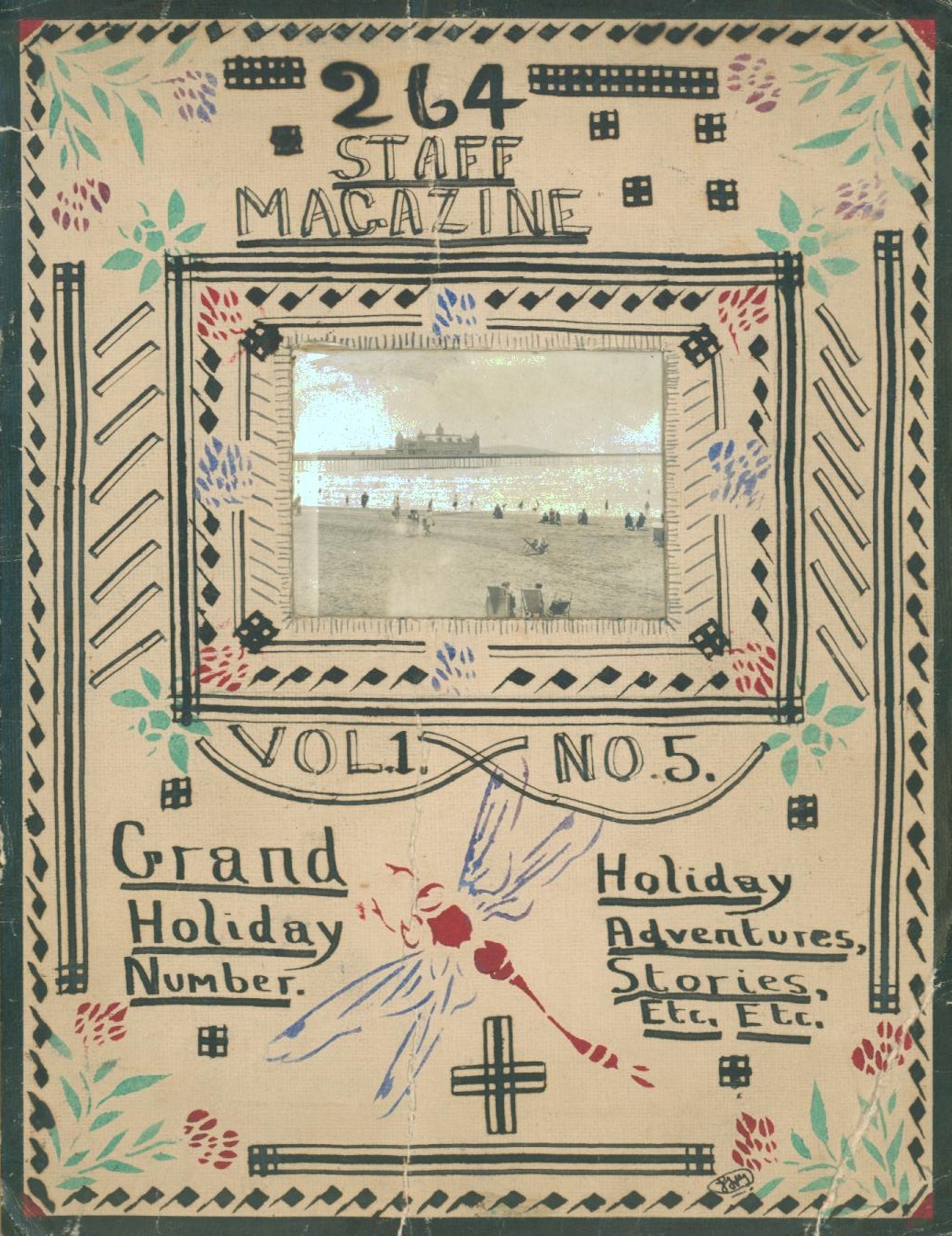 Davis continued working in-store and moved between Cheltenham and Stratford-upon-Avon before eventually completing his training and qualifying as a pharmacist in 1925. Despite this, just a year later in 1926 he was able to pursue his passion for writing when he took a role at Boots Offices in Nottingham as an Assistant Editor, working directly alongside Mr N W Holmes who oversaw many of Boots internal magazines. It was during this period that Davis honed his talents and upon the departure of Mr Holmes in 1931 he was appointed editor of both ‘The Bee’, which was Boots staff magazine for retail colleagues, and ‘The Beacon’, which was for Boots office and warehouse colleagues. The Bee was published by Boots for 48 years between 1921 and 1969, and The Beacon ran for exactly 50 years between 1919 and 1969. The Bee contained information relevant to retail colleagues such as new store openings, examples of window displays and new products and brands, whilst The Beacon included content more relevant to office and factory employees such as articles on Boots factories and insights into different internal departments.

Whilst both The Bee and Beacon sought to improve business through articles on salesmanship and customer service, they also contained a huge amount of information on employee welfare and social events, alongside notifications of marriages, obituaries and retirements. This content was key to retaining the feeling of a family business at a period when Boots was rapidly growing in size, with the number of Boots employees increasing from around 17,000 when Davis first took over as editor in 1931 to around 40,000 when he retired in 1961.

Alongside his role as editor of the Bee and the Beacon, Davis was also made editor of Boots Merchandise Bulletin. The Bulletin had been launched in December 1924, and unlike the staff magazines which focused heavily on news for colleagues, its main purpose was to create a clear line of communication regarding stock and merchandise with stores.

The first issue of the Merchandise Bulletin claimed it was created to ‘announce the goods, giving whatever points are necessary for the selling. It will tell you if the article is receiving any publicity, and if so what it is; it will keep you informed concerning the items which Boots have to offer. It will be a summary of all the information obtainable centralised at one point to which our salespeople can always turn’. Davis edited The Bulletin for 30 years, providing valuable information to store colleagues throughout the United Kingdom. 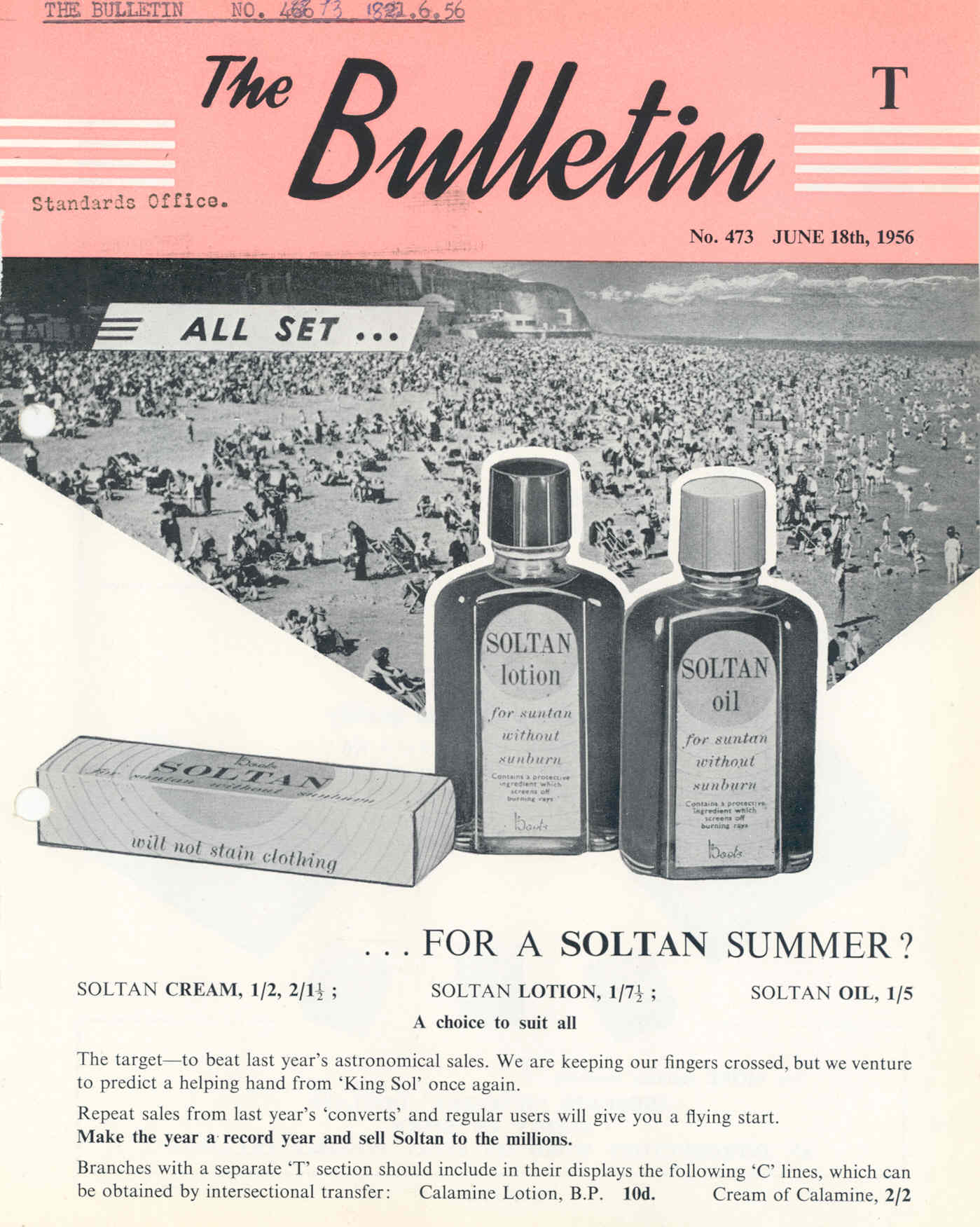 During the Second World War Davis temporarily returned to work as a drug manager at Boots Derby store, filling vacancies left by Boots colleagues who had left to serve in the conflict. Despite this, he continued his editorial work by producing ‘The Mixture’ which was a wartime staff magazine produced in place of The Bee and The Beacon. The Mixture was sent to Boots colleagues serving overseas and contained letters and stories, providing a ‘deeply-appreciated link with home’. Throughout the rest of his career at Boots Davis was given the responsibility for editing a wide range of other important publications for colleagues such as ‘Sales and Selling’ magazine, which was similar in function to the Merchandise Bulletin, and also more sombre pieces such as the memorial booklet produced following the death of Lord Trent (John Boot) in 1956.

Outside of his editorial work Davis immersed himself fully into Boots social activities, taking on the role of secretary of the Boots Bowls Club for 27 years between 1933 and 1960, and later becoming its Chairman. He reported regularly on many of the sports and social activities that took place at Boots, and he was also an active member of Boots dramatic society. 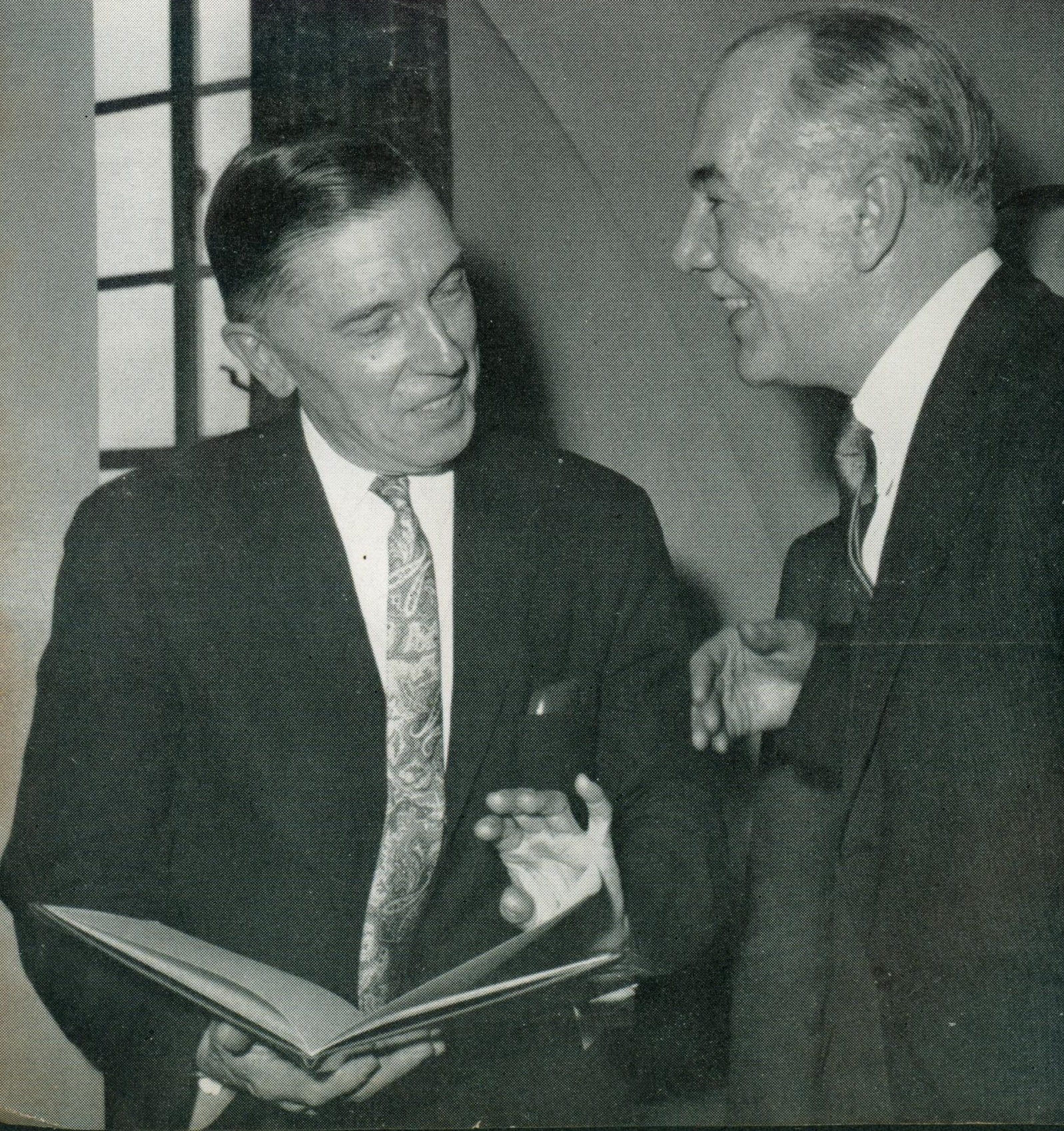 Harold J Davis retired on the 30th March 1961 from the post of editor-in-chief of most of Boots publications. However, he remained working as ‘part-time chief’ of The Bee for a short time, and as an adviser and tutor to his replacement working on the Beacon until he retired fully in 1962. After Davis finished his career at Boots he continued to ply his trade, taking on the somewhat quieter role as editor of a local church newspaper.