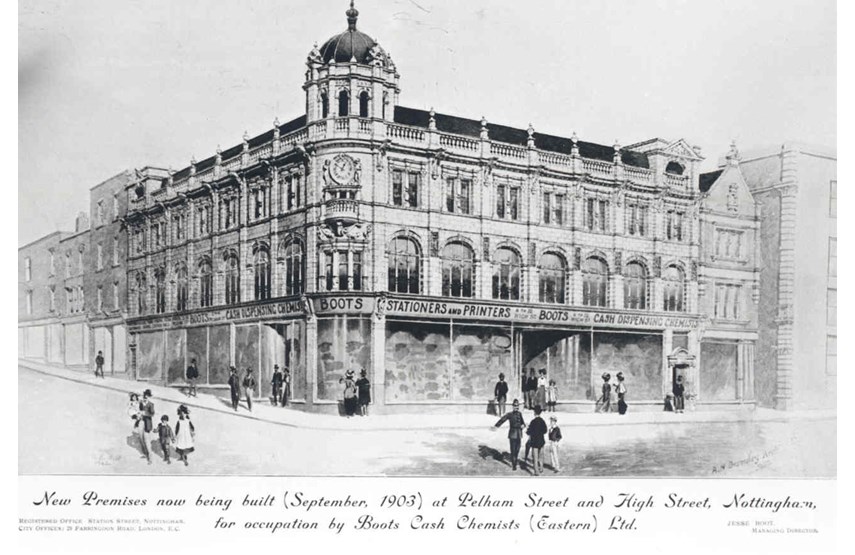 For the tenth installment of ‘Boots Hidden Heroes’ campaign, we are celebrating the career of F R Richardson, who was Head Librarian at Boots for over thirty years. During this period he grew the Boots Booklovers Library service to become one of the largest in the world, doubling the number of libraries to over 450 and overseeing the purchase of 40 million books.

The Boots Booklovers Library service began during the late 1890s when Florence Boot started to buy second hand books from the big London libraries to sell in Boots stores. The service proved so popular that a librarian from London, Mercer Stretch, contacted Jesse and Florence and suggested they set up a lending library service as part of their business.

Florence was particularly enamoured with the idea and began by introducing lending libraries into a small number of Boots stores where customers could pay a subscription fee and borrow and return books from any branch that provided the service.

This was during a period when Boots were beginning to open new ‘department’ style stores which offered new products and services such as a greater range of beauty items and cafes. Most of these stores already had book departments, which made the transition to offering a library service relatively straightforward. The model was quickly rolled out and libraries began to open at a rapid rate in Boots stores all across the country.

F R Richardson joined Boots in 1906, and was soon promoted to the role of Head Librarian in 1911. Prior to this he had held positions in a number of respected establishments, including Head Librarian at Mitchell’s Royal Library in Bond Street, which often supplied books to Queen Victoria, and as an Assistant Manager at The Times Book Club.

As Head Librarian at Boots Richardson looked to quickly grow the size of the library service, and by the 1930s over 700,000 volumes were being handled every month by Boots central library warehouse at Stamford Street, London. At the peak of its popularity during the Second World War books were being exchanged at a rate of 35 million a year, with libraries in over 450 Boots stores, which between them required the purchase of over 1.25 million new books every year. Subscriptions rose to over one million (above 2% of the population) as people sought an escape from the long hours of blackouts and air raids that accompanied the conflict.

Richardson was immensely proud of the fact that Boots could offer such widespread access to literature, claiming that “in the long run anything which makes more people read more books is for the good of the book trade as a whole, and it is just this service which the circulating libraries perform”. He regularly promoted the value of reading in Boots Staff Magazines and externally published articles, and during the Second World War he made a number of appearances on the BBC Home Service radio station, delivering talks entitled ‘What I am reading now” to the British population. 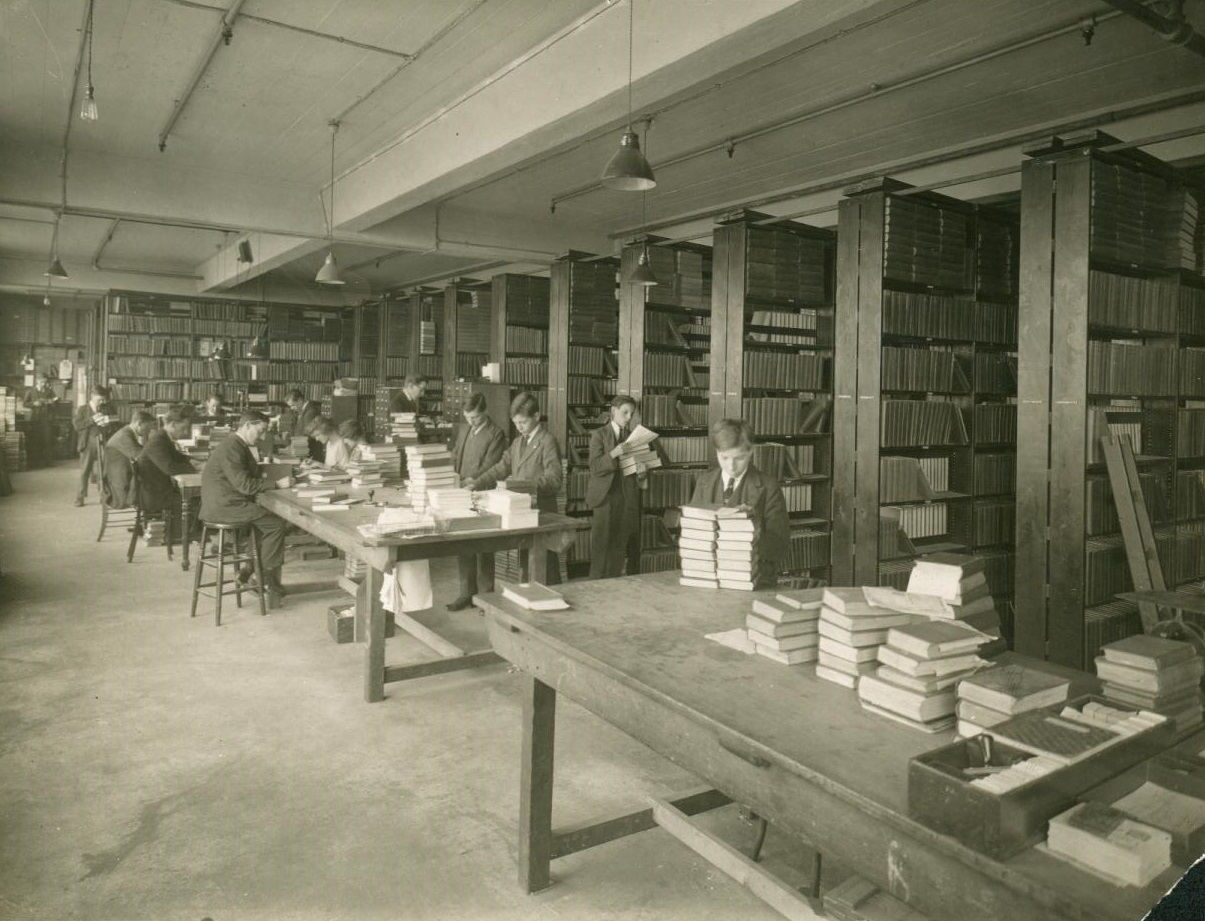 Richardson retired from Boots on 31st March 1941, having grown the Boots Booklovers Library service to become one of the largest lending libraries in the world. At the time he described how “The hundreds of letters I have received from Librarians, Managers, T.G.M.’s (Territorial General Managers), and officials of the Firm, for which I am most truly grateful, show me that unconsciously I appear to have earned that reputation I had hoped for but had never thought it possible to achieve. The ‘Sign of the Little Green Shield’ (the symbol of the Boots Booklovers Library) will ever give me a thrill of pride and pleasure”.

Following his retirement the Boots Booklovers Library Service gradually decreased in size, before closing fully in 1966. However, due to the size and popularity of the service provided by Boots it had lasted longer than many of the other established services, such as WHSmiths and The Times, which both closed in the early 1960s. 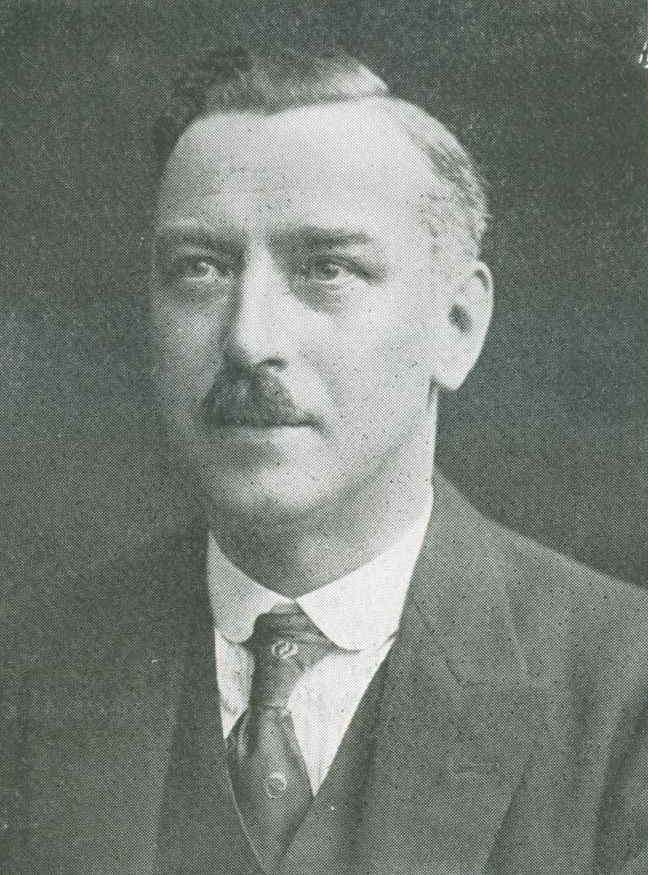 There are a number of reasons behind the closure of the service; partly because public libraries were quickly becoming more accessible, but also because paperback books were now readily available which were far cheaper to buy than traditional hardback copies. Many readers preferred to buy Penguin books and build up their own collection rather than just borrow them, and services like Boots were still being forced to buy hardbacks due to their durability.

The introduction of TV also meant that people were reading less, and the genteel middle-class atmosphere of Boots libraries did not appeal as much to the young of the ‘Swinging Sixties’. When the library service did cease trading a fairly simple shift occurred in which Boots Book Departments, which allowed customers to purchase books rather than borrow them, moved into the space previously occupied by the libraries.

F R Richardson died on 16th January 1947. At the time of his death Boots staff magazine described him as “a great personality who inspired those who worked with him to extra effort and pride in the Library which grew so sturdily under his guiding hand, and of which he himself was so proud”.