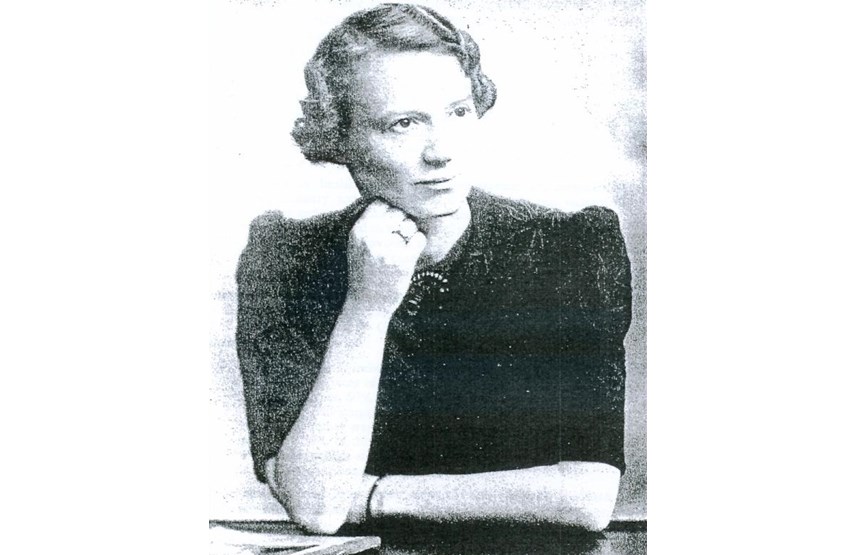 This month’s instalment of the Boots Hidden Heroes campaign focuses on Doreen Pemberton, who in 1935 became the very first nurse to receive the Occupational Health Nursing Certificate. Her career at Boots lasted 27 years from 1935-1962, during which time she was promoted to Chief Nursing Officer, and introduced a range of improvements to enhance the welfare of all Boots employees. Following her retirement she remained an authority on occupational health, regularly publishing and lecturing on its value for the health and wellbeing of workers.

Doreen Pemberton was born in c1902, and began her career at St Thomas’ Hospital, London, where she trained and qualified in 1928 as a nurse. Following this she spent two years working as a tutor at Nightingale School of Nursing, before spending the next four years working as a private nurse.

Around this time there were a growing number of nurses being employed in industrial settings, driven partly by the fact that many had been positioned in munitions factories during the First World War due to the dangerous nature of the work. As a result many believed that nurses working in these environments should receive specialist training, and in 1934 the Royal College of Nursing was the first to establish a course in Industrial Nursing.

Doreen Pemberton found the subject of nursing practices in industry particularly interesting, and in 1934 became the first student to enrol on the newly established Industrial Nursing Course. A year later in 1935 she qualified to become the very first nurse to hold the Occupational Health Nursing Certificate. 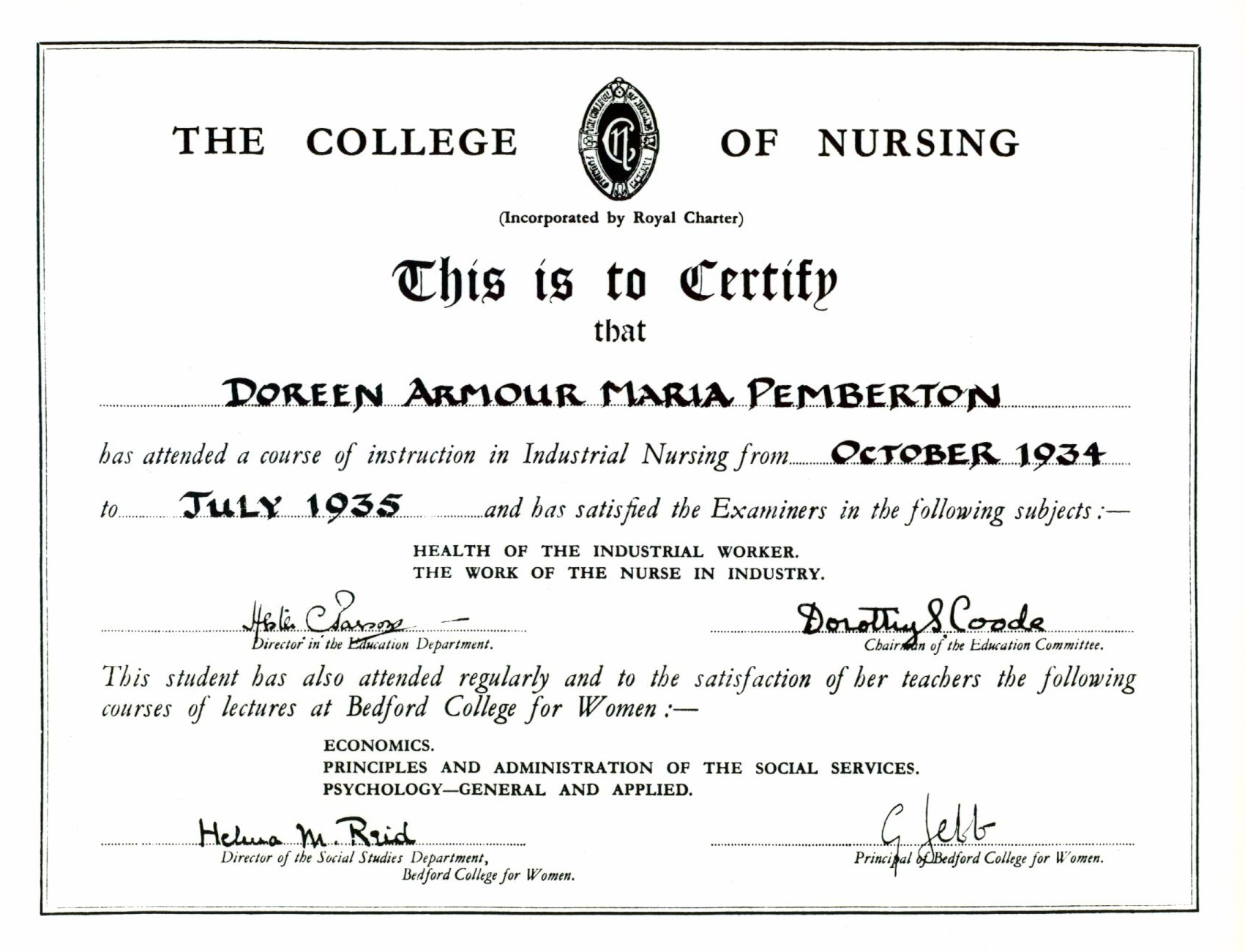 She joined Boots in 1935 almost immediately after she qualified, and by 1941 had been promoted to become Chief Nursing Officer, a position that she would hold until her retirement in July 1962. As part of the role she was responsible for the Industrial Health Unit, which sought to ensure the welfare of Boots employees in factories and warehouses.

The department covered both preventative and reactionary healthcare measures, and provided care from the earliest stages of a workers career, with Doreen Pemberton ensuring that anyone with health issues would be placed in a suitable role wherever possible. Practical examples included workers with diet or gastric issues not being employed in positions that included shift work or long driving, which may have interfered with the ability to access regular meals. Likewise workers with skin issues were unlikely to be placed in the chemical works where irritation may have occurred, but instead in a more appropriate warehouse role. 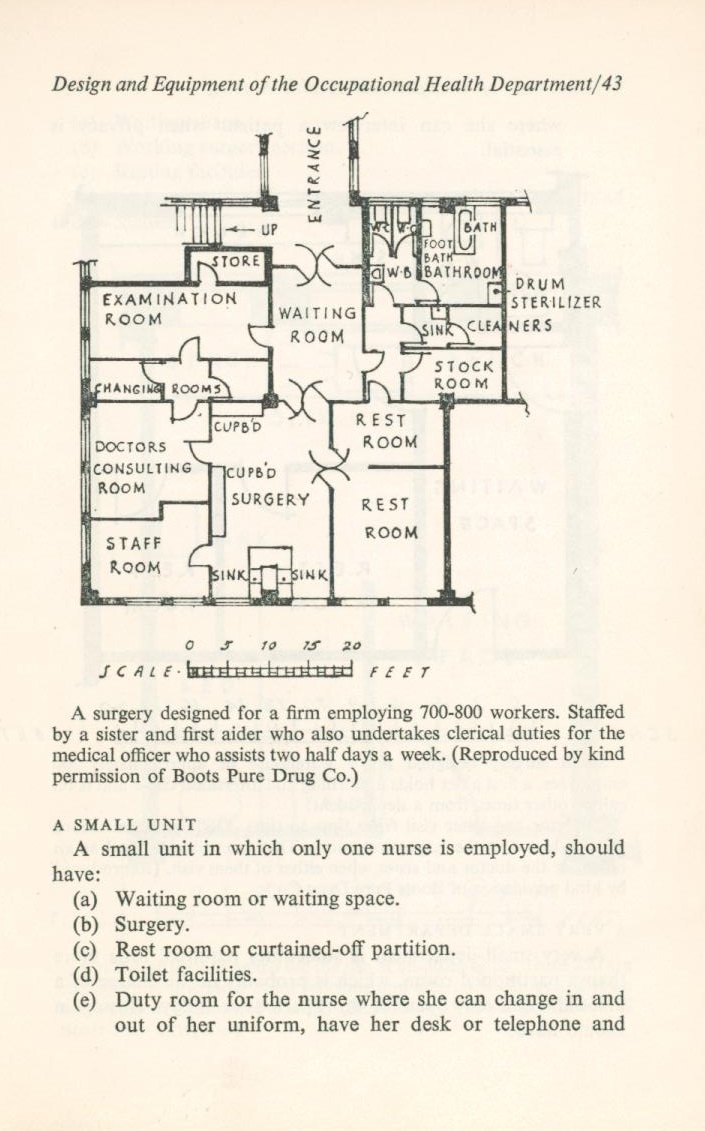 Doreen Pemberton was also responsible for ensuring where possible, the working environment for Boots employees was of the highest standard. The Industrial Health Unit looked at monitoring and improving all aspects of the workplace, from lighting and ventilation to noise and temperature levels. Pemberton also planned the layouts of the occupational health surgeries to ensure that they could provide treatments in the most effective way, ranging from non-occupational ailments such as head lice or indigestion to occupational injuries including cuts, eye injuries or even electric shocks.

The Industrial Health Unit also oversaw the distribution of a number of guidance leaflets for employees, especially young women, on healthcare related subjects such as menstruation or ‘care of the hair’, offering practical guidance and advice.

Whilst Doreen Pemberton was responsible for ensuring Boots provided the highest standards of healthcare for its workers, she was also recognised externally for her expertise in Occupational Health and Industrial Nursing. Whilst at Boots she visited countries including Sweden, the United States and Belgium to gain an understanding of occupational health around the world, and produced reports on factories and hospitals which looked at their condition, facilities and relationships between workers. In 1949 her knowledge of the profession was recognised when she was appointed to represent Occupational Health Nursing on the Nursing Service Committee of the International Council of Nurses. She continually championed the role of the occupational health nurse, emphasising the need for the nurse to be a ‘specialised individual’ within an industrial environment, and not held down to a rudimentary position undertaking menial tasks such as issuing cough medicine. She was concerned over practical issues such as management limiting the role of the nurse to simple first aid, the difficulty for healthcare professionals to rise up in management in industries and businesses ignoring the confidentiality of personal health records.

Pemberton claimed the highlight of her career was her advisory work to the International Labour Organisation and World Health Organisation committee on occupational health – which resulted in the production of a report which concluded that ‘every general practitioner and every nurse should have some knowledge of industrial health’. 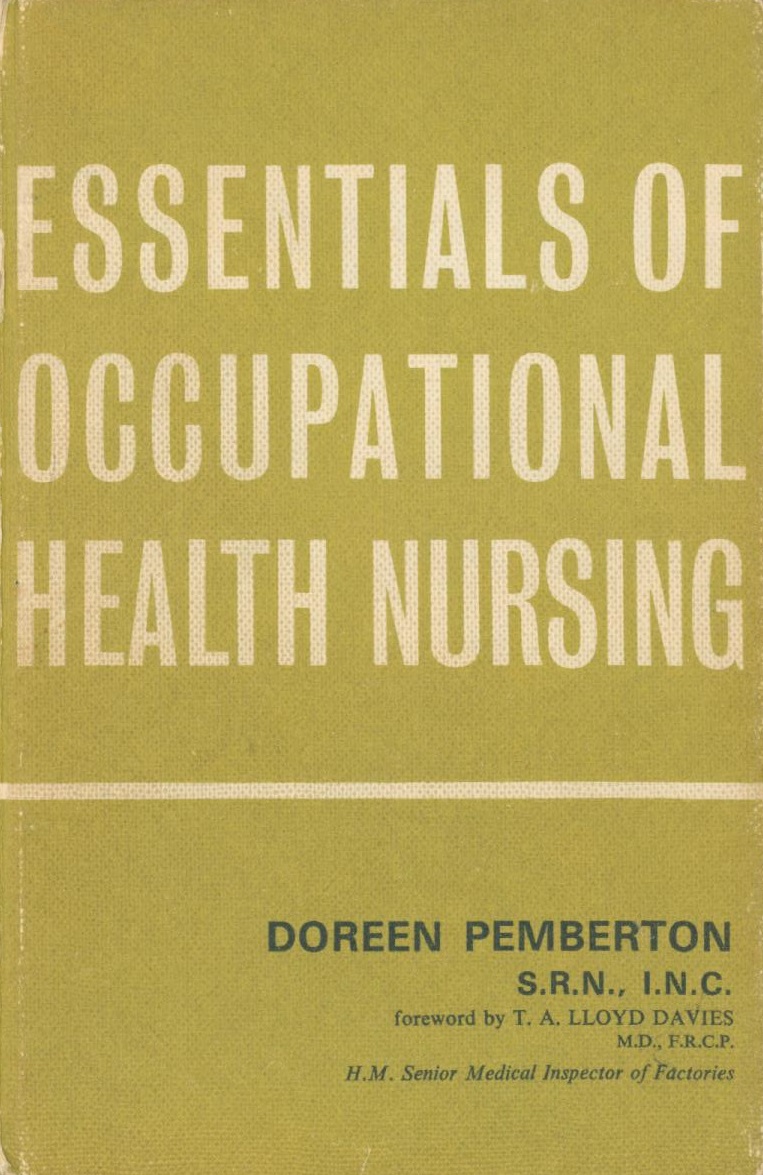 Doreen Pemberton died in December 1982 at the age of 80. At the time of her death Boots Chief Medical Officer Dr. Keith Moore wrote in his tribute that: ‘Above all she was a loyal colleague and never wavered in her devotion to duty through all the vicissitudes of service with the company. Her gracious dignity was a natural attribute which was shown to everyone whether managers or members of staff. Her example set the tone in the Occupational Health Service for at least a generation’. 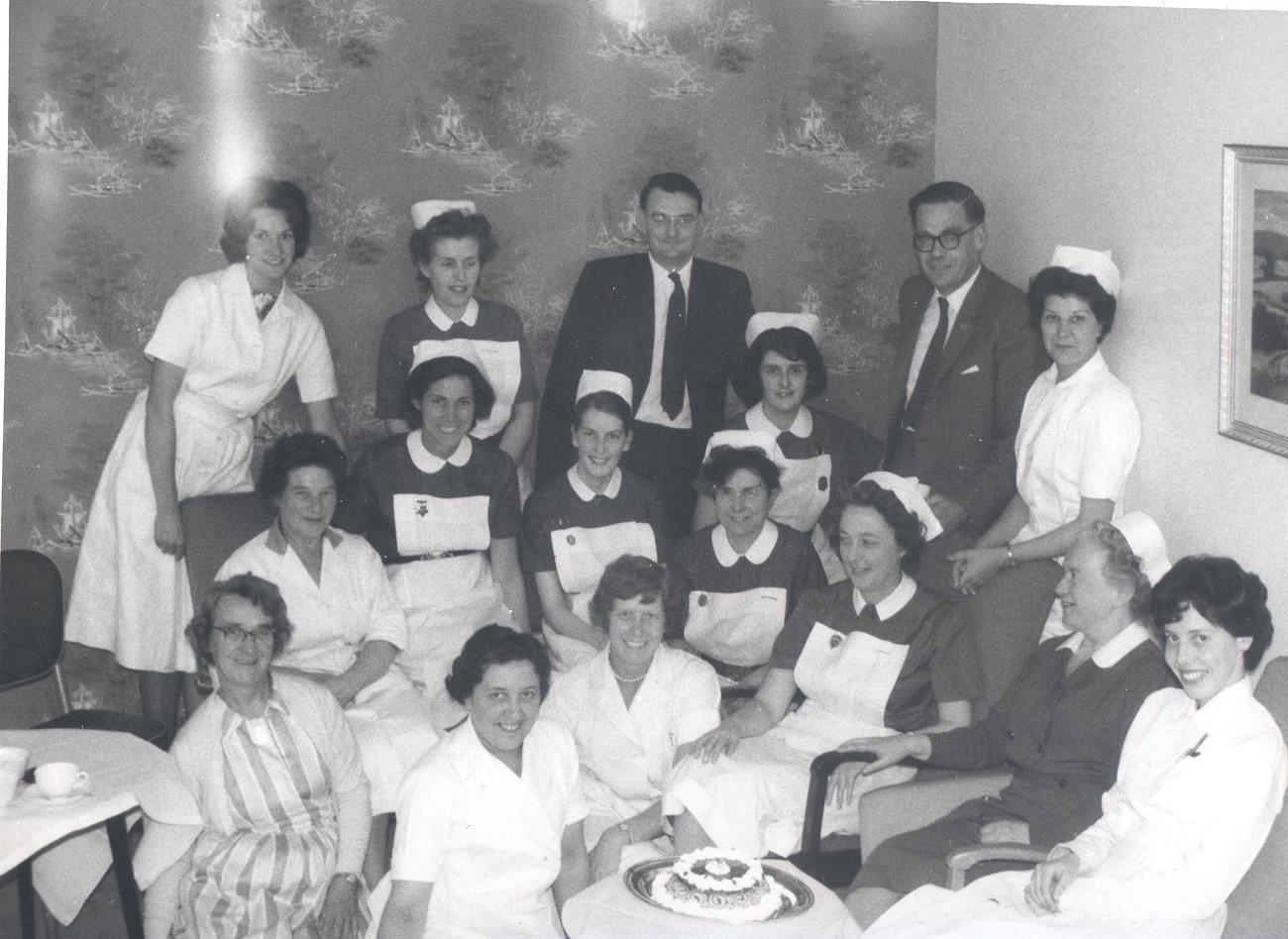