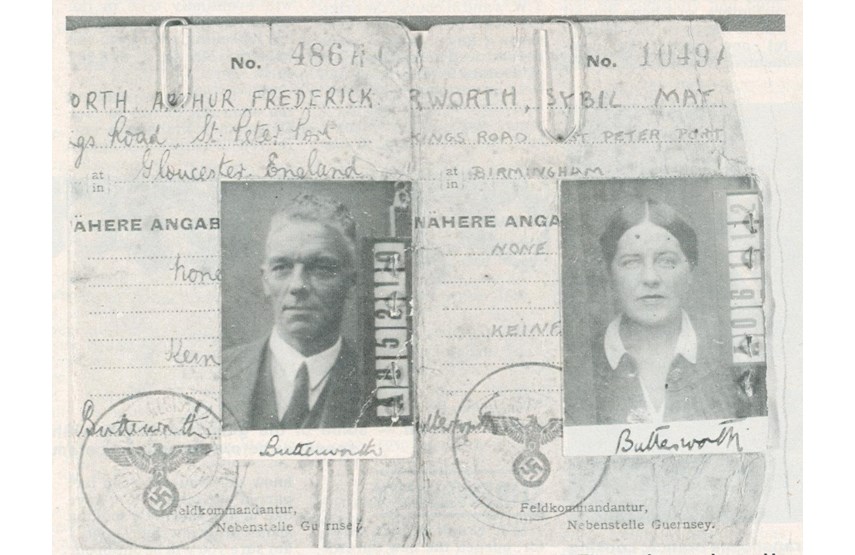 For the final installment of ‘Boots Hidden Heroes’ campaign, the Archive Team are celebrating the career of Arthur Frederick Butterworth, who was the Manager of Boots Guernsey store during its occupation in the Second World War. Arthur Butterworth and his colleagues demonstrated personal courage, sacrifice and ingenuity to keep the store open throughout the entire conflict, and ensured that Boots could continue to provide a vital service to the besieged community.

Arthur Butterworth joined Boots in 1915, and managed stores in Kent, Wembley and Portsmouth, before taking over the management of Boots Guernsey store in 1937. His tenure here was relatively uneventful until the outbreak of the Second World War, when on the 30th June 1940 the island was occupied by German forces, and would remain so until 1945.

Initially conditions were frustrating and monotonous. A strict curfew was imposed between 10pm to 6am, and any form of entertainment that was deemed ‘offensive to the Reich’ was seized and destroyed, including many books.

However, the initial quantities of food, clothing and medicines began to quickly diminish, and Butterworth was amongst the chemists on the island who met to discuss the possibilities of replenishing the essential drugs and supplies that were required. It was agreed that he would take responsibility for the ordering, distributing and warehousing of medicines and set about establishing different channels through which he could try and get hold of these important supplies. 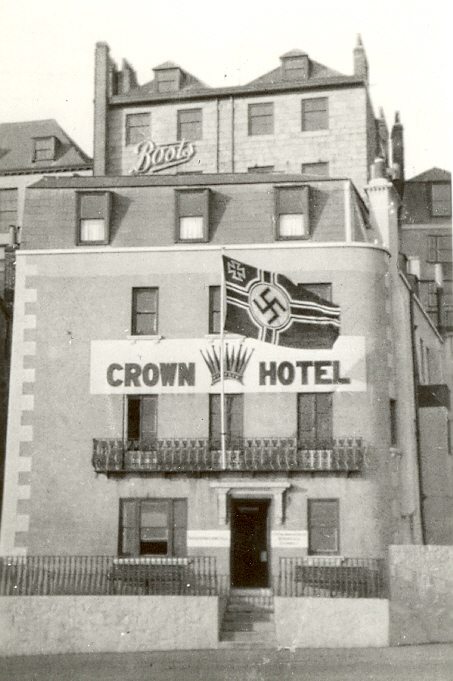 With no deliveries available from the mainland, including from Boots warehouses and factories, Butterworth managed to order some items from France, and occasionally even through suppliers in Germany whom he paid through German soldiers returning home on leave. This however was risky, and not sufficient to keep the shop going as the occupation progressed with many essential items unavailable or not of the standard required.

It soon became apparent to Butterworth that if Boots were to continue to provide a service they would have to start manufacturing their own medicines from raw materials on the island, although there was very little manufacturing equipment available having previously relied on medicines sent from Boots factories on the mainland. Ingeniously, Butterworth and his team decided to adapt the photographic development room to make pharmaceutical preparations and the staff tearoom and a cellar for making toilet preparations.

Supported by his pharmacist Matt Angell, Butterworth and his colleagues began to produce a range of medicines and toiletries including influenza mixtures, bronchial lozenges, saccharin solutions and fish liver oil. These were vitally important for people living on the island, and were also used to supply other healthcare providers on the island including the hospital and doctors.

Butterworth and Angell also began to grow their own herbs on the island to be processed into drugs, and they even constructed a wooden tower used to extract salt from seawater, based on an old Saxon method discovered in a book left on the island. In total Butterworth and his team were able to manufacture an incredible 106 different preparations during the occupation, many from raw materials sourced from the island. 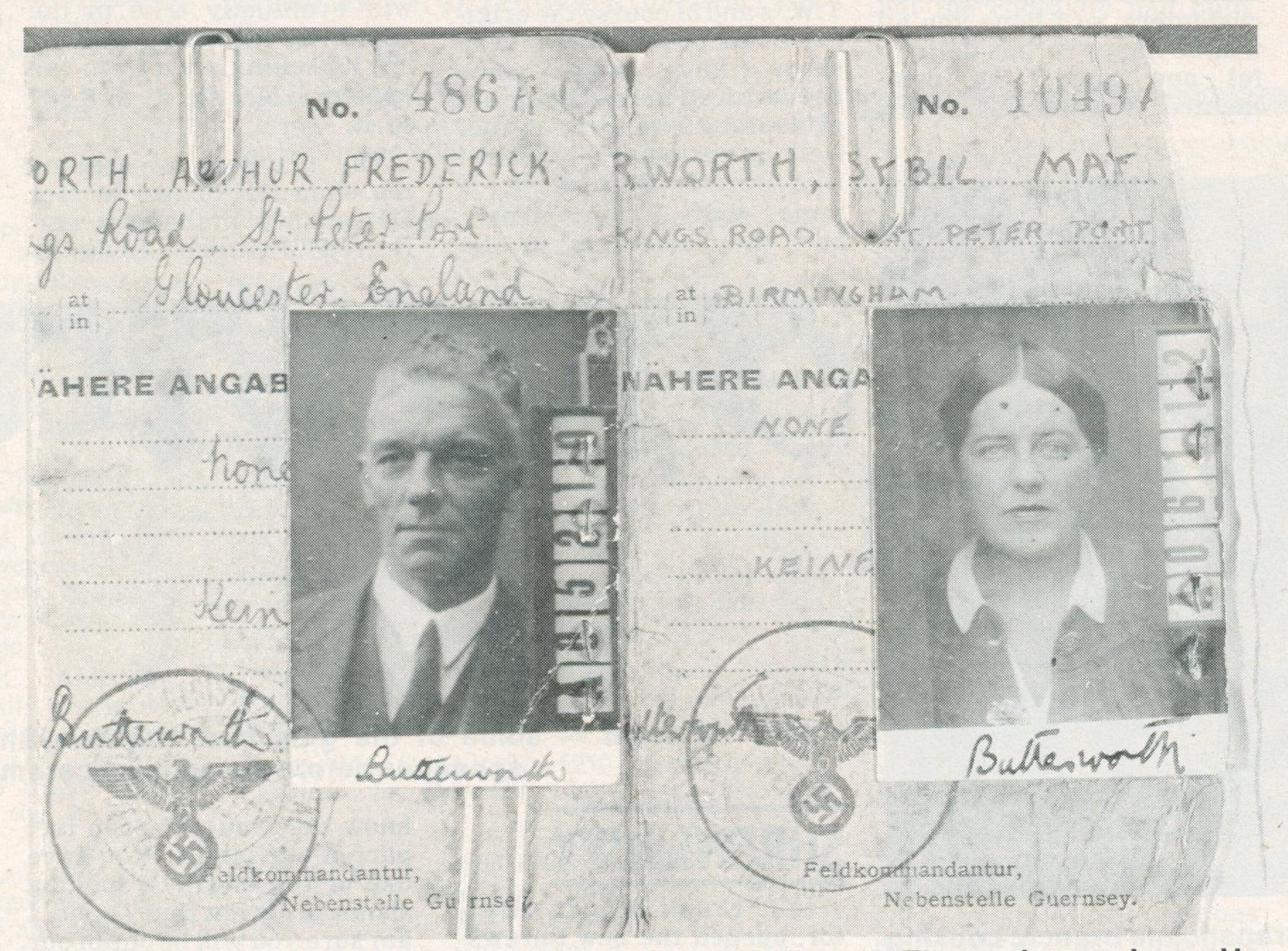 Packaging for medicines was also in very short supply, so Butterworth introduced a small deposit charge on glass bottles which ensured almost all were returned, and corks were also an issue until an islander heard of the problem and arrived with four sacks full of fine quality corks in different sizes, apparently salvaged from a Spanish wreck off the coast in 1902!

Beauty products were also manufactured with Butterworth’s wife, Sadie, collecting local ingredients to manufacture hair creams, baby powder, hand creams and many more. Perfumes were a particular triumph after the discovery of a range of raw ingredients in another local chemists store alongside boxes of empty elegant perfume bottles. Arthur and Sadie Butterworth purchased these and used recipes found in old magazines to create eleven different perfumes which were all made available at Christmas, and sold extremely well.

Interestingly, the Boots Booklovers Library service on Guernsey was a particular success during the occupation, with membership increasing from 877 in 1940 to 1981 in 1944, due in part to the lack of other entertainment available to the islanders. 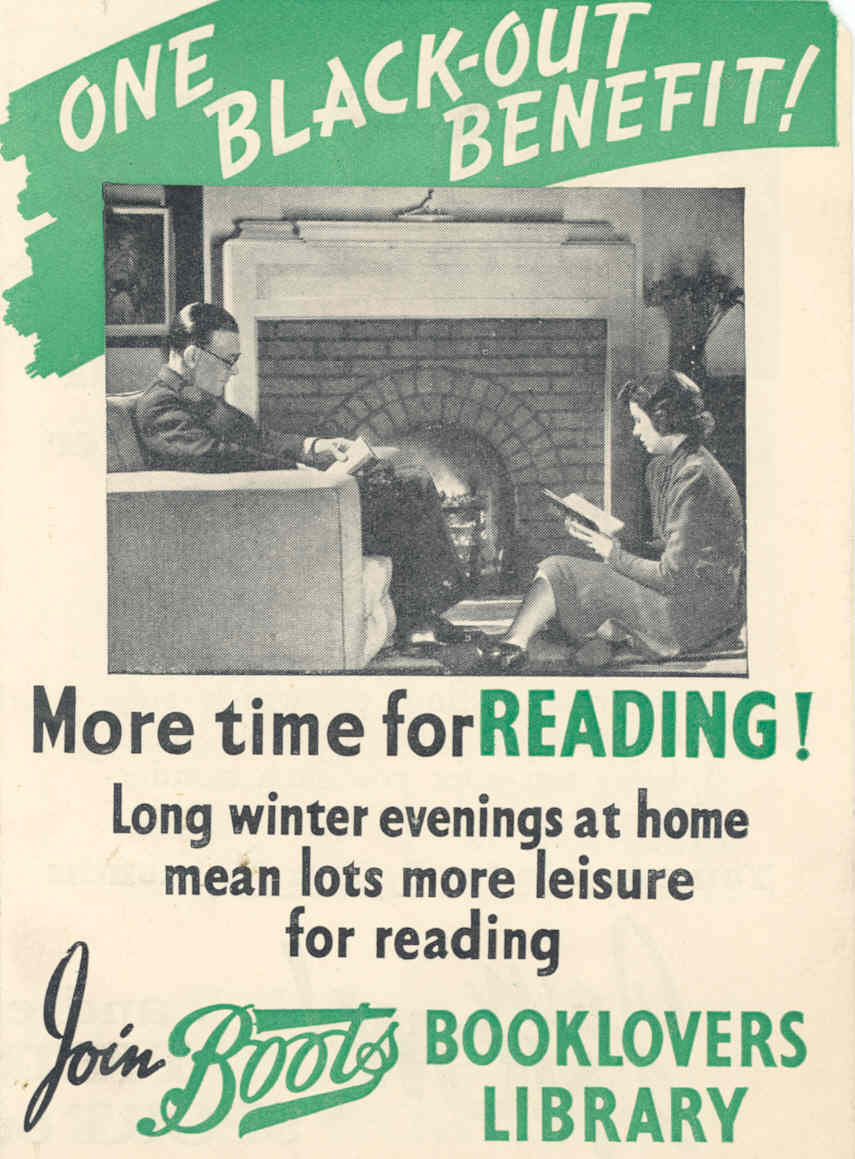 Under the management of Arthur Butterworth the store remained a hive of industry. The number of staff employed by Boots actually increased from 25 in 1940 to 36 in 1945, and they continued to keep their own accounts, pay rates and organise branch maintenance, with Butterworth even continuing to pay the pensions of two retired Boots employees living on Guernsey.

The island was finally liberated on 9th May 1945, and British troops arrived with food and English tea. In recognition of the work done by Butterworth and his team during the occupation, the Medical Services Officer on the island wrote to Lord Trent, Chairman of Boots and claimed that:

“I am writing to express my appreciation and thanks for the splendid work done during the whole time by your splendid manager, Mr Butterworth. He has given untold time in preparing lists of our drug requirements and has taken charge of them and arranged their distribution. He has been the greatest help to me and I shall always owe him a debt of gratitude and having formed such as high opinion of his business aptitude I shall hope to hear of a great future for him in your firm”.

Arthur Butterworth retired from Boots on Christmas Eve 1959, having worked for the company for over 44 years. When discussing the occupation he modestly claimed that “It was only a tiny act of defiance to keep a chemist shop going under German occupation – it was no more than people were doing all over the Channel Islands. Yet, if there was a single lesson I learned from that time, it was one taught me by the people with whom I worked. You are only defeated when you admit defeat”. 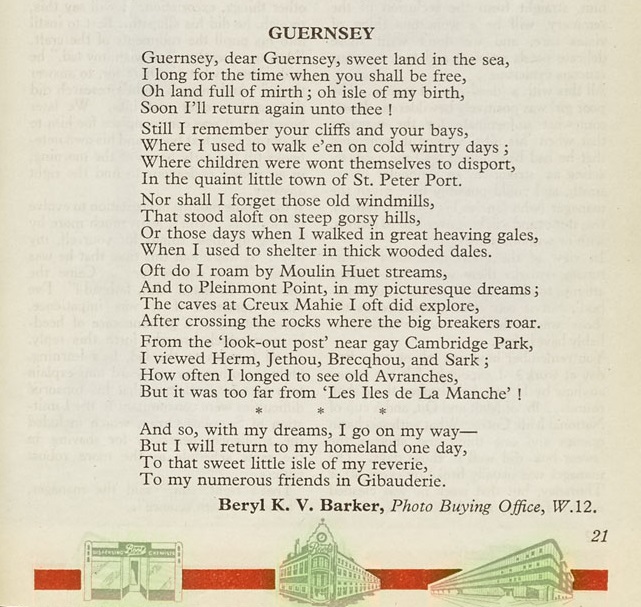